← Wednesday’s “Would You Rather…?” Halloween question: Ghosts vs. Zombies

The Queen has bestowed upon me the keys to the kasbah, not only while she is out of town for a few days, but also throughout the month of November while she is holed up in her writing cave during NaNoWriMo. Yes, the King of the Kasbah has returned.* 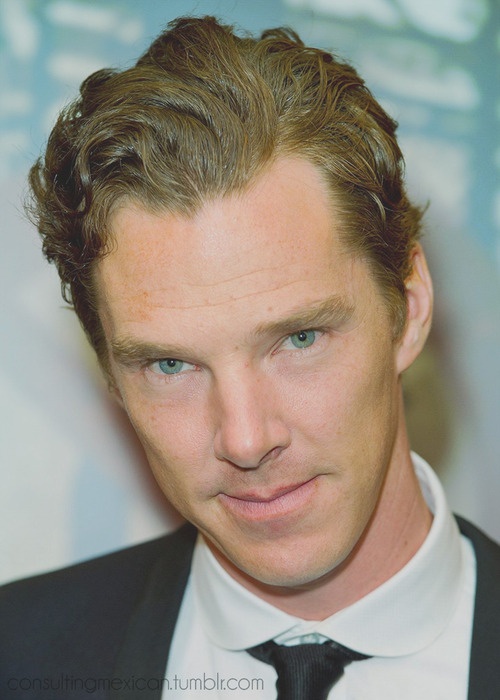 So you know that what means, right? We’ll be rockin’ the kasbah King-style these next few weeks. Oh, I know I have to keep a certain amount of decorum, class, and dignity here but since we’re all friends, I know that we can keep any indiscretions that may happen on the down low.

I’m not saying we should outright lie to the Queen. I have more integrity than that, fair readers. What I’m saying is if there happens to be, say, a beverage spilled on a pillow or silly string stuck to the lamps during a dance party or even the discovery of the secret location of the writing cave, let’s keep it between ourselves. I don’t want to needlessly worry the Queen with such trivial matters as a few holes in the wall, because as we all know that’s what the installation of the big screen telly is for.**

Now that we have that cleared up, I thought I’d preempt all of my own distractions that would keep me from getting a post written (remember the last time I had the keys?) and jump right into talking about this NaNoWriMo thing the Queen and her writerly friends are participating in this month. I know the Queen is pressed for time these days, what with simultaneously becoming a Maverick Marplot of Mental Health as well as cultivating a new career as a Private Detective with wicked Cirque du Soleil moves. But then she goes and adds on writing a novel in a month. Don’t get me wrong, I’m in full support of her getting that thing D-O-N-E done. The sooner the better because between you and me, she could use the confidence boost. She could also use an adventure, but that’s just one guy’s opinion.***

Being the supportive friend that I am, I decided to find ways to help the Queen of the Kasbah save some time during this busiest of months on things that she has to do every day anyway, things like eating and drinking. So, in the interest of time-saving techniques, I was quite intrigued by a recipe I found that combines three of her favorite things, thereby streamlining her schedule: Chocolate Bourbon Pudding. She’ll get her chocolate and coffee fix as well as a hearty shot of bourbon to keep the creative energy churning. It’s win-win-win.

Given her discerning tastes, I couldn’t simply just post the recipe and leave it at that. I did what any self-respecting King of the Kasbah would do: I made some and conducted a taste test to see if it would be Queen-worthy.

Here’s what I discovered:

Any recipe is tasty if you have a bottle of bourbon open while making it.**** 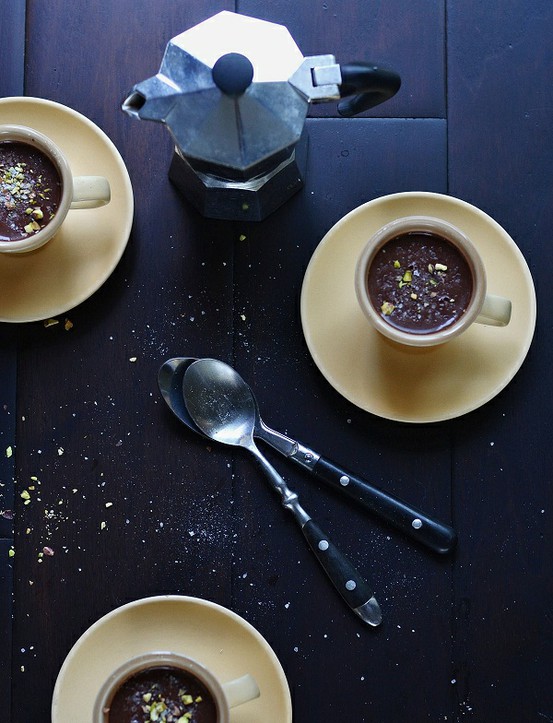 1. Chop the chocolate and add to medium bowl. Add in the hot coffee and bourbon and mix until chocolate is melted and smooth. This is a good time to have a sample of the bourbon.

2. Bring heavy cream to a boil, then pour straight into the chocolate mixture. Stir until smooth. Add in 1/2 Tbsp. of the sea salt. Are you sure you sampled the bourbon fully? Perhaps another nip is in order.

3. Pour into 4 small coffee cups, or if you plan to abscond with it directly to your own writing cave as soon as it’s been in the fridge for a few hours to set, just leave it all in the mixing bowl. Why dirty more dishes if you don’t have to, right? Give yourself a medicinal dose of the bourbon if needed while waiting.

4. Before serving, sprinkle with remaining sea salt and pistachios.

And for the other NaNoWriMo-ers out there feeling crunched for time, I suggest you get someone to make this for you. Just tell them it will shave minutes off the time you’d devote to eating, thereby giving more time to getting those words on the page. If anyone knows where the Queen’s writing cave is located, feel free to make her some and drop it off there. I would do this myself but since I am lacking a set of directions I’ll have to rely on you fine people to do my bidding for me.

Until next week, best of luck to all feverishly working on their novels and may you have people in your life willing to make you some coffee and bourbon-laced pudding.

*Just like last time, let’s not mention this title to the Queen. We haven’t had the whole “How do you feel about monarchies?” conversation yet. I know. Awkward.

**That was a mostly, somewhat hypothetical situation. Let’s just not mention this one either because we all know it wasn’t just me doing the limbo in the kasbah, right?

***An opinion I should probably keep to myself, but really, haven’t you all heard it a thousand times before? I know she has…

****I know, I know, this is supposed to be a PG-13 blog. Let’s pretend I didn’t mention my overzealous sampling of the libations.

14 thoughts on “Letters from Benedict: On Rockin’ the Kasbah, King-Style”

← Wednesday’s “Would You Rather…?” Halloween question: Ghosts vs. Zombies