← Wednesday’s “Would You Rather…?” Question: The Walk vs. The Clothes

In your letter last week, you astutely read between the lines of my cursing when you pinpointed my disillusionment, my perceptive friend. Disillusionment, that disorienting beast, hung around for a bit this week until Denial moved in and took over. Denial says he’s here to stay until I move into the next phase of grieving, which I believe is called MOVE TO LONDON. I may be oversimplifying but I think that’s the gist. 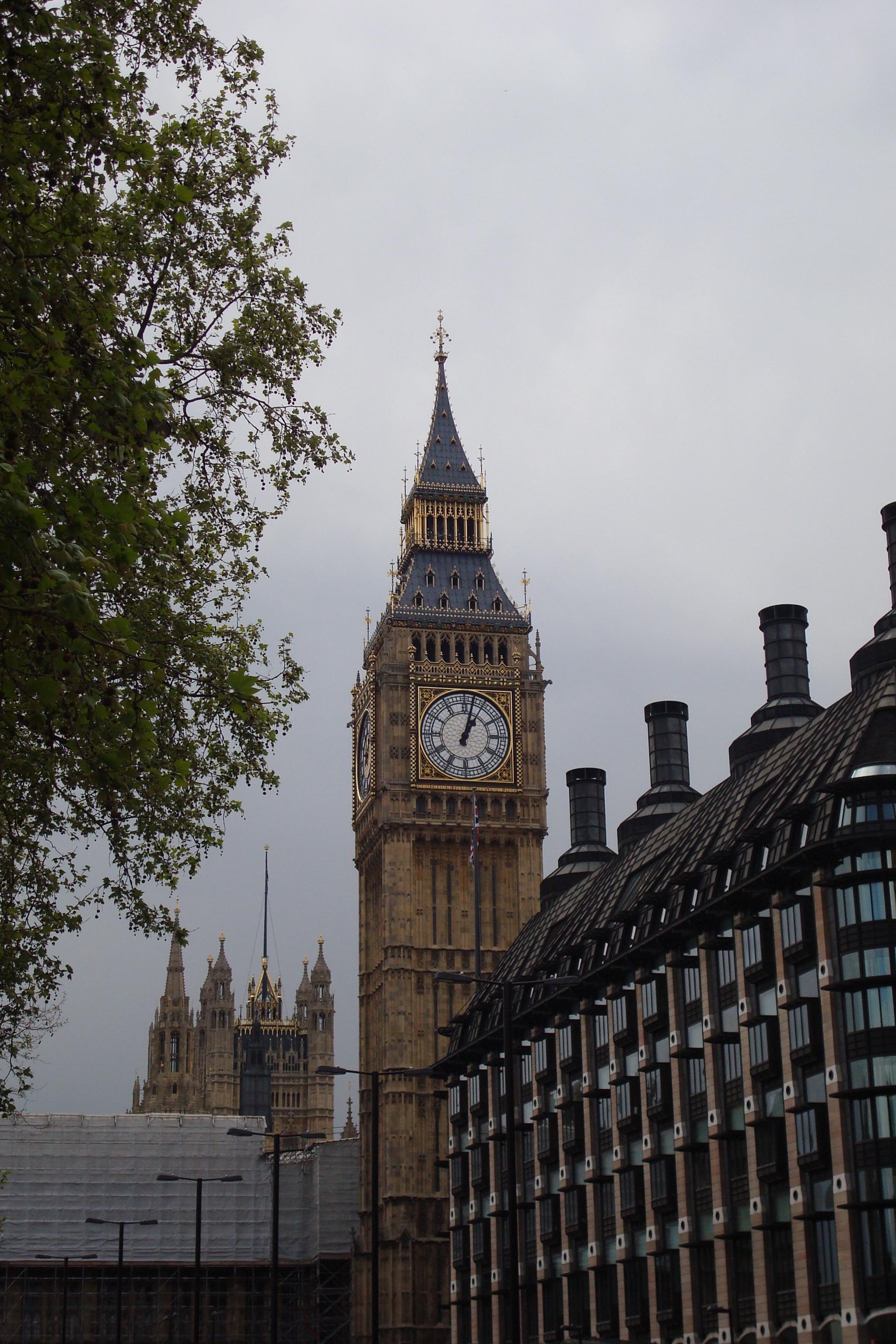 Actually, I hope Denial stays for a while. He’s the perfect antidote to They Who Must Not Be Named Gestapo Insurance Company hired by the state to  manage mental health money in my county. When TWMNBNG Ins. Co. tells our agency to “quit whining” when they don’t pay us, or when therapists are told they must “compete” with other area therapists to keep their jobs by delivering the fewest amount of services, Denial drops by, hands me an Old Estonian Spritzer, puts on an episode of Arrested Development, and gently brushes my hair. Other times, we just dance it out.

Denial also makes work more fun, especially when he brings his pal, Avoidance. The two of them have taught me a lot of great coping skills. Like what, you ask? Well, I think I can best explain by giving you an example from my work day:

Karen (our lovely secretary at the front desk), buzzes my phone: Hi, Tami. There’s a client calling for an intake on Line 2.

Me, glancing over at my colleague’s empty chair: Maybe they should call back later. You know, when Annmarie’s here. She’s much nicer. Clients like that sort of thing.

Karen: True, but They Who Must Not Be Named didn’t put anything about being nice into the Manifesto chiseled into the 50-foot granite boulder now being lowered by helicopter into front courtyard upon which mandatory unicorn sacrifices will take place later today.

Me: A boulder, you say? Impressive. Well, if it is chiseled in rock and coated in unicorn blood, then it must be in our client’s best interests. But for now, please take a message. I’ll be in the unicorn stables brushing Shoshana one last time. 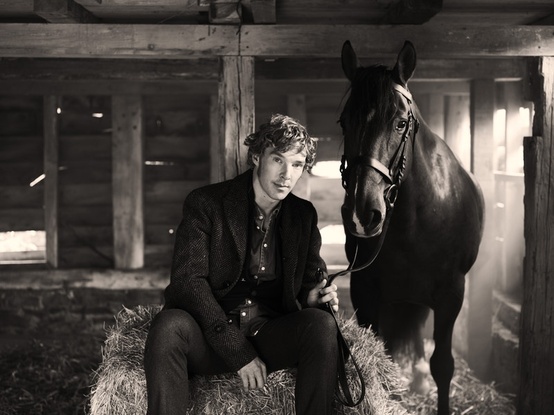 (You must have worked some magic to disguise that horn. Shoshana looks good as a brunette. Thanks, friend. I knew I could count on your help.)

Me: I forgot to mention this but I’m only taking calls on the even-numbered lines today.

Karen: We only have three lines.

Me: I know, what are the odds? Ha! Get it? The odds of getting a call on Line 2? It’s so weird I said that when I’m right in the middle of building the agency’s first casino in my office. Freaky…

Karen: That explains why the liquor delivery man is waiting at the front desk. Um, isn’t your office a little small for a casino?

Me: Where else are we supposed to take bets on whether a client will actually get the services they need? The cafeteria? We have standards here, Karen.

Me: Just makin’ Lemon Drops out of lemons.

Karen: But don’t we have a policy on not gambling on the clients?

Me: Well, if you’re going to get all Human McResource-y on me, yes. But if someone were to, say, add a few lines to the Boulder Manifesto, I’m pretty sure it would override any agency policies. Jeez, between the casino and adding to the Manifesto, my day is booked SOLID. Hold all my calls, will you? Now where did I put that chisel…?

Karen: I’ve given the last eight Intake calls to Annmarie. This one’s yours. Line 1.

Me: Thank goodness. That 80-ton hunk of granite is harder to carve into than it looks.

Karen, looking outside at my handiwork: A tic-tac-toe board? You’ve been out there for over an hour. By the way, it looks like the X’s won.

Me, giving the smug-looking six year-old in the lobby the stink eye: Game on, pal. Courtyard. Ten minutes. Come alone.

Back at my desk, in my most cheerful voice: Hi, how can I help you?

Parent: I want to get my kid some counseling services.

Me: Fabulous, except you should have called here two months ago when we were actually able to do that.

(Annmarie is doing some spastic hand gestures that at first glance look like an interesting tribal dance, but on closer inspection is actually a reminder that the office is probably bugged by They Who Must Not Be Named.)

Me: Um, I mean tell me more about your child’s needs and I will expertly assess what services we could once offer, but no longer can. What I can offer you is something called “Treat to Target,” which really just means your child should take up archery.

Parent: I just want to get my kid some help. He’s been lying to me a lot lately.

Me, typing: ‘Creative storyteller’. Got it. I don’t see that there’s anything wrong with that, but who am I to be all judgey? O.k., you’ve got two left.

Me: “Treat to Target” also means you only get to have three problems, so choose carefully. In 140 characters or less, what are the other two problems your child is having?

Parent: I don’t think I can–

Me: Perhaps a log line would be better. You know, a 1-3 sentence summary of your story, I mean, your child’s difficulties. (The sound of crying is heard in the background.) Is that him crying?

Parent: No, he just grabbed his friend’s toy and now she’s crying.

Me: So, he’s a kleptomaniac. Alrighty then. One more.

Me: Well, it’s a good thing you’re addressing it now. It’s only a matter of time before he’s five and waxing nostalgic about the good ol’ days of being four. (me, typing) ‘Existential angst over the inevitability of his own mortality.’ Got it. Started him early with the Nietzsche, eh? Clever woman. I can see where he gets it. O.k., now let’s get that first appointment booked, shall we…?

As you can see, I’m handling everything well. Denial would confirm that but it would be contrary to his nature and he’s got his street cred to maintain. I wouldn’t bother asking Avoidance either. He never returns calls.

Gosh, here I am blabbing on and on about my new friends and I haven’t addressed even one thing going on in your life. Let’s talk about how fantastically awesome it is that you’re taking time out of your busy schedule to ride in the Palace to Palace London 2012 bike race on Sunday. Your devoted fans have donated over £22,000 on behalf of you and Team BC for the Prince’s Trust. Absolutely amazing! I’m certain you’re taking in the tremendous amount of adoration that was sent your way with your characteristic humility, class, and grace, the very things that make people want to sponsor you in the first place. 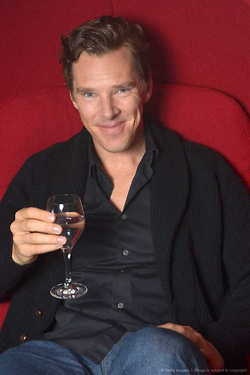 May the wind be at your back and the sun shine on your face tomorrow during the race.

Undeniably (and somewhat poetically) yours,

19 thoughts on “Dear Benedict: On Denial, Unicorns, and Sunny Skies Ahead”

← Wednesday’s “Would You Rather…?” Question: The Walk vs. The Clothes