Many thanks for the praise and compliments on Frankenstein. You were absolutely right – I was going to ask you if getting the chance to see it made the long wait for the next season of Sherlock more tolerable. I was hoping it would get me back in your good graces. Come on, what do you say? Can you cut a guy some slack? Maybe of the teeny, tiny loin cloth variety?

When you think about it, just knowing Sherlock isn’t really dead should be a source of comfort. I realize Watson, Mrs. Hudson, and Lestrade don’t know this yet, but they will soon enough. Filming for Sherlock begins in January so you might want to think about booking those plane tickets to London for the premiere. Just know I’ll be watching for anyone in the audience wearing an unusual disguise. 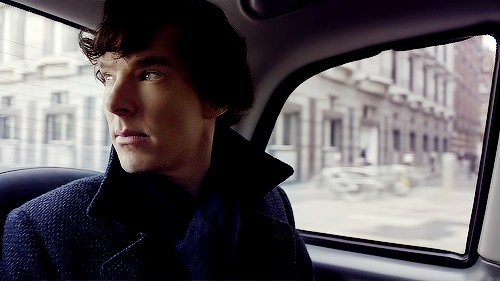 Just because I’ve been busy lately don’t think I’ve given up the search for that ever-elusive writing cave of yours. You have kept it hidden well, my friend, very well. Since that fateful night on the balcony, each time I’ve unknowingly encountered you (like that time at the lake or at the cinema), you have been clever at the art of deception, keeping your true identity hidden until the very end.

To better prepare myself for the next time, I’ve been reading up on how to detect deception from the guy who is called the “real Sherlock Holmes”, Joe Riggs. He states he is an “internationally acclaimed Mentalist, Hypnotist, Lecturer, and Consultant.” Mark Gatiss spoke highly of him and told me to check out his blog when I was lamenting how you have been able to slip by me time and time again. I figured someone who is refered to as the “real” Sherlock Holmes might be of some help to me.

On Joe’s blog, one article in particular caught my attention – Mentalist Insight: Fastest Ways to Detect Deception Like Sherlock Holmes. In the article, Joe highlights what he claims are the fastest and most reliable things to spot quickly in a someone you think might be deceiving you.

Body language cues are something to be on the lookout for, such as restricted body movements or if their hands reach up to touch their face, ear, or the back of the neck. Of course, these things could indicate nervousness for any number of reasons, but it’s something to be aware of nonetheless.

Joe also recommends listening for over-explaining (providing too many details or explaining the lie too much) and listening carefully to the wording choices a person is making (omitting contractions and pronouns, circumventing any direct questioning, repeating words in their explanations or from the questions being asked, trying hard to prove the lie as truth).

Joe also explains that he uses the foundations of NLP (Neurolinguistic Programming) when detecting deception. NLP refers to the ways in which our neurons, language, and behaviors interact and create patterns of thinking based on our experiences. (Editor’s note: NLP has been questioned in scientific communities and while controversial, is still used as a therapeutic technique for helping people find better ways to communicate.)

NLP can also be useful when asking someone a direct question because as Joe explains, the eyes can reveal a great deal about whether their answer is the truth or a lie. For example, when a person looks to your left, it can indicate they are making up the answer because their eyes are showing a constructed or fabricated image or sound in their mind. If the person is looking to your right, it can indicate a sound or image that is remembered and is typically the truth. 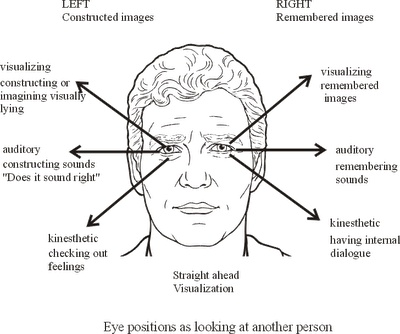 Joe cautions that none of these cues should be taken in isolation as definitively identifying someone as lying and he urges you to look for at least four cues before being able to determine anything.

I’m not sure how much of this will be helpful to me since all of this assumes that I would have at least some direct contact with the person I’m assessing. I have not been so fortunate with you in this regard, unless you count the time you came to my flat and pretended to be a cleaning lady while attempting to sneakily ply Sherlock secrets from me. 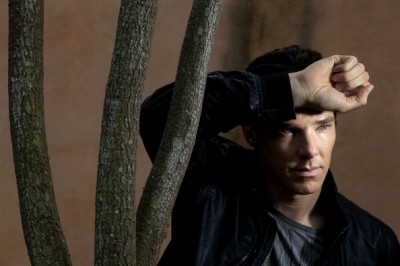 I probably shouldn’t be sharing all of this with you but I thought it might have useful applications to your writing. I imagine you have a character or two in your novel who is deceptive or dishonest and knowing how the body shows this through mannerisms, facial expressions, and eye movements might be useful to you.

But just know I am on to you, friend. You’re going to have to work a bit harder on your disguises and deceptive ways from now on.

The game is still on.

17 thoughts on “Letters from Benedict: On the Art of Detecting Deception”