Visiting Old Friends Between the Pages Once Again→

In the aftermath of the great food vs. sleep debate, the tally marks in each column were almost equal. Nearly as many of you would rather be able to be completely well-rested after only three hours of sleep as were those who coveted being able to eat anything without any ill-effects on their health.

Like many of you, I went back and forth weighing the merits of each. I am always running a sleep deficit, constantly staying up way too late writing and reading. I promise myself each night that I’ll go to bed before midnight, but rarely does that happen. So the idea of only needing three hours of sleep is hugely enticing. So many books to read and write, so little time…

Then again, I have a stupidly sensitive stomach, so I was also really drawn to being able to eat all of my favorite foods. I also considered the added bonus of being able to try all manner of exotic foods when I travel since I would never have any negative effects from that, either.

So what did I choose?

Since I can, theoretically, control how much sleep I get, but I cannot at this moment in my life control how my body reacts to certain foods, I am going to choose freedom with food.

If only these would you rather questions magically came true…

And now on to this week’s question…

be fluent in all languages 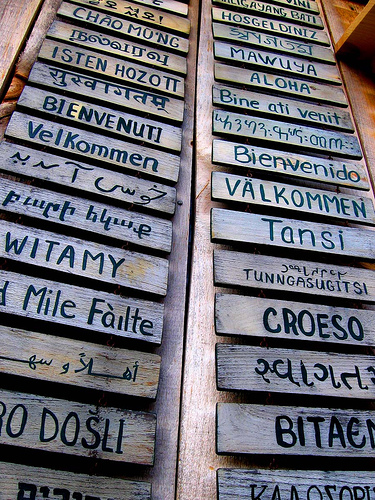 a master at all musical instruments? 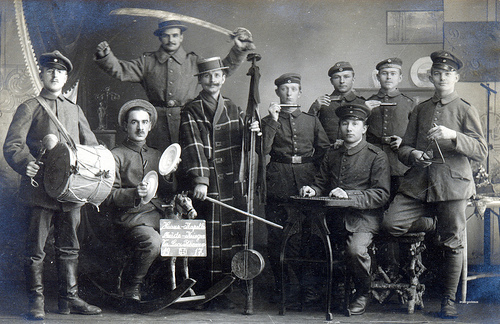 Just a sampling of the musical instruments out there for you to master. Who knew a sword was considered musical? Not me, that’s who. photo credit: drakegoodman via photopin cc

So which will it be, talented readers? Would you rather have lips that are loquacious in all languages? Or does your muse move you to become more musically motivated? The tea is ready for sippin’ and the pillows are ready for sittin’. As always, I love to hear from you.

26 thoughts on “Wednesday’s Would You Rather Question: Language or Music”

Visiting Old Friends Between the Pages Once Again→