← Wednesday’s Would You Rather Question: Invisibility or Mind Reading

Wednesday’s Would You Rather Question: Morgan or Jim?→

I’m going to cut right to the chase here: You’re not supposed to be reading this letter.

In fact, it really shouldn’t have been written at all. If everything had gone as planned, you and everyone else who stops by the kasbah would be reading a P.P.L. (previously published letter) today. A rerun, if you will. Instead, I’m sending you this trivial, unimportant missive that shouldn’t even exist.

I know, what an exquisite paradox.

And also a bit confusing, I’m sure.

You see, I’m supposed to be lounging on a beach in Hawaii right now. Well, maybe not at this precise moment depending on the time you read this way over there in London. With a whopping eleven hour time difference between the Hawaiian islands and your island, it very well could be the middle of the night in Hawaii. In which case I wouldn’t be on the beach. I’d probably be sleeping and dreaming about the things I normally dream about, except my dreams would be in Hawaiian and all island-ish and exotic. 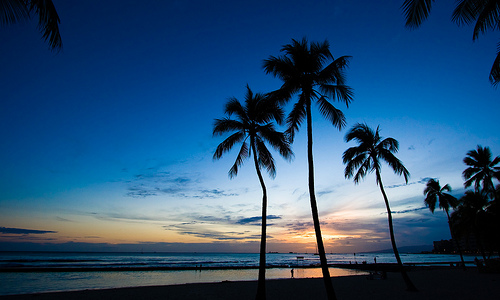 So, for argument’s sake, let’s say that at some point on Saturday Hawaiian time I should have been sitting on a beach, basking in the glorious sun, reading a book or building a sand castle or thinking about the many ways I could embarrass myself if I were to take up surfing. You know, beachy stuff.

But instead of doing any of that, I am still here on the mainland.*

So, why am I not on my Hawaiian holiday?**

Long story short: A friend of mine who recently moved from Chicago to Hawaii invited me to come stay with her and since I’ve never been and have always wanted to go, I decided to take her up on this fantastic idea. A week before I was to leave, she received a call that her father’s ailing health took an unfortunate turn for the worse and she needed to fly to Chicago to take care of him. And because she’s still needed there, she wasn’t going to make it back to Hawaii in time for our adventurous holiday.

So, two days before I was to leave I had to cancel my tickets.

Don’t get me wrong, I’m truly glad she decided to stay with her father. Honestly. I totally encouraged her to remain in Chicago for as long as needed, even if that meant rescheduling my trip. It’s far more important for her to be with her family right now than hiking a volcano with me. 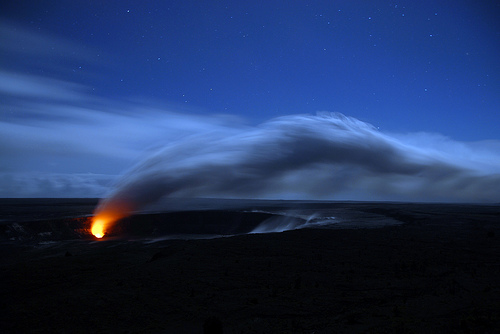 Don’t think you’re off the hook, Kilauea. You and me, we’ve got a date. Apologies for being a little late. photo credit: NDomer73 via photopin cc

Rescheduling a trip to Hawaii is, of course, a frivolous bit of nothingness, especially in light of my friend’s worries and all the recent tragedies. And really, who cares that I had to cancel a trip to a tropical island, right? I can roll with it. I’ll get there. Eventually. There are much more important things to consider. This doesn’t even register on the radar of relevance it’s so insignificant. I really shouldn’t even be mentioning it.

But obviously I am and, as ashamed as I am to admit this, I’m a bit disappointed I’m not in Hawaii right now.

I tried to ignore it, this ill-tempered disappointment. I really did. Told myself it wasn’t worthy of my time or energy, that it was incredibly self-centered to feel that way. But disappointment can be evil and persistent, eventually scratching and clawing its way out, as is the very nature of things you attempt to throw in a burlap bag, put in a cage, lock in a trunk weighed down with rocks, and then toss in a river.

In my very weak defense, even though I’ve been fortunate to travel to many places in the U.S. and have somehow managed to make it to Africa and Europe, I have yet to travel to Hawaii. Did I mention how long I’ve wanted to go to there? At last count I believe it was up to forever and a few months, plus or minus a day or two.

And I was so close to making it happen, friend. So f@*&ing close.

I could practically smell the fragrant flowers, taste the sweet, juicy pineapple, feel the warm sun on my pale skin. 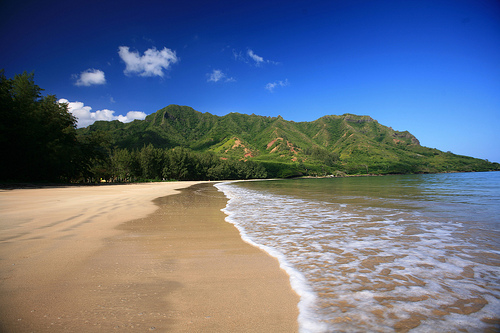 But I’m not telling you this tale of thwarted adventures for any condolences you may try to offer. Don’t need ’em, don’t want ’em. Instead, I’m going to tell you what I’ve been doing to reframe this trivial little setback.

(Reframing, in case you didn’t know, is an ancient custom practiced by therapists through the ages, one often used to view a situation from another vantage point. Like when you tell yourself it really is better to be under a gray, drizzly sky because your rain jacket nicely compliments the blue-green color of your eyes much better than your new red bikini and besides, who really needs to be sitting in a hammock on the beach sipping a mojito while watching the sun set? Lazy beach bums, that’s who.)

My Fake Holiday (reframe #1) – a Foliday, if you will – started with the decision to not go to work for a few of the days I was already planning to take off. With my mind already on holiday, I was kind of useless there anyway. With all of this unexpected free time awarded to me, I planned to do a crap ton of writing and to finish outlining my new novel (reframe #2). 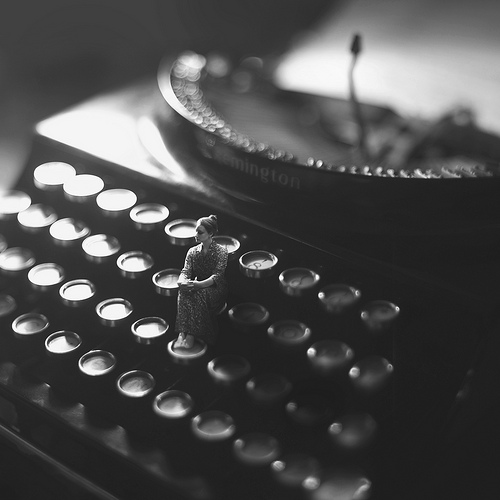 Postponing the trip also gave me time to work on my lounging skillz (reframe #3). Luckily for me, the first day of my Foliday was a sunny and warm(ish) one. So instead of spending the afternoon writing, I decided to wriggle into my new bikini and lounge in my backyard reading a book. Sure, the wind felt a little brisk at times and the reflection off my pale skin probably blinded the birds and squirrels for a few weeks. Whatever. Don’t judge. I was on Foliday. It felt really good to sit and read and feel the sun on my skin and just be. I really need to do that more often. 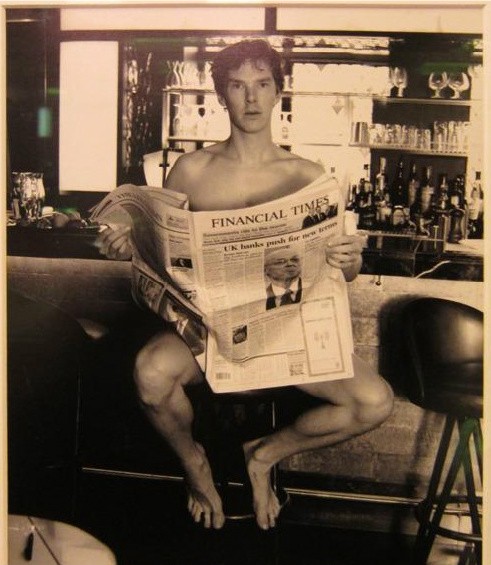 Looks like you’re on Foliday, too. Well done, friend.  Too bad you haven’t found the writing cave yet. We could’ve taken our Folidays together.

I’ve also decided to use this extra time to practice not drowning (reframe #4). My friend and I plan to go snorkeling, swim with the turtles, and do other water-related things and from what I understand drowning goes against the very spirit of going on holiday. I’ve got the basic swimming techniques down, it’s the staying buoyant application of it all that seems to elude me when I’m in the water. Though now that I think about it, sinking like a lead weight might come in handy when snorkeling because it’ll allow me to stay under water longer and see more fish and things (reframe #4.875). 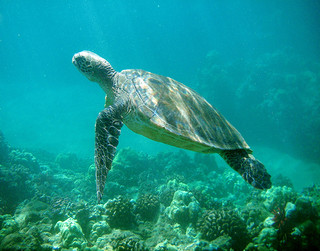 Let’s not freak each other out while we’re swimming in the same ocean. Deal? photo credit: jurvetson via photopin cc

Wow. A reframe within a reframe. A double reframe of sorts. I sure didn’t see that coming. Bonus points for me. And bonus points for you for letting me discover it on my own. You’re always so classy and generous that way.

Folidays are way more exciting and fun than I ever imagined.

You know what will be even more exciting and fun than a Foliday?

In the IMAX theatre.

I fear I’ll be swallowed whole by the intensity and classy badassery on such a big screen.

*I’ve learned a few Hawaiian phrases in preparation for my adventure. Obviously.

** I’ve also learnt some British terminology as part of my British-American I Say Tomato, You Say Tomahto International Cooperation Exchange Program(me). You’ll be pleased to know you’ve been hired as the British liaison to the program(me). Your t-shirt and buttons are in the mail. I mean post – they’re in the post. You’re welcome.

14 thoughts on “Dear Benedict: On Paradoxical Letters, Reframing, and Folidays”

← Wednesday’s Would You Rather Question: Invisibility or Mind Reading

Wednesday’s Would You Rather Question: Morgan or Jim?→