← Wednesday’s Would You Rather Question: Ancestors vs Descendants?

Wednesday’s Would You Rather Question: Confetti or Glitter→

Psst. Hey you. Yeah, you with the chiseled cheekbones and gently tousled hair. I’ve only got a moment before the nefarious Plot Bunnies notice I’ve slipped out of the writing cave. Now that my other story is on a little holiday from my persistent meddling, the Plot Bunnies have me all hopped up (pun intended) on a new story idea. It’s potentially a good one, so I don’t really mind all of their excitement. What I do mind is being held captive in the writing cave by a bunch of rabbits in flapper dresses doing the Charleston. 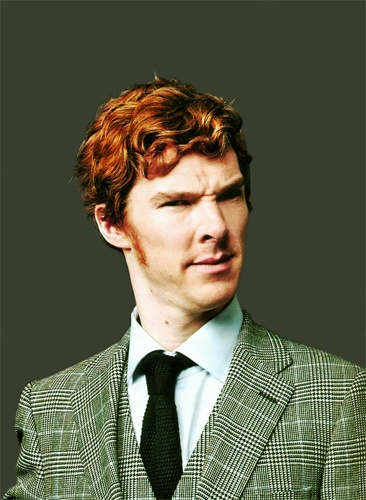 That probably sounded a little concerning. Let me explain.

You see, the Plot Bunnies stopped by the other day and begged me to write a story set in the 1920’s in New Orleans. You know how I’m totally fascinated by the 1920’s and how I adore New Orleans, so it really didn’t take too much convincing to get me to do it. Then they wanted me to give it a steampunk twist because one of the bunnies fancies herself the tinkering type. She showed me this really cool thing she made that looks like a cross between a —

Actually, I’m not supposed to be revealing too much just yet. Plot Bunny-Writer confidentiality and all. I’m sure you understand.

Anyway, I told them I could roll with the steampunk twist, though between you and me I’m not sure I possess the technical know-how to really do it justice. Tinkering Plot Bunny assured me she would give my resident genius the skillz and knowledge to help guide me. Seeing as neither my genius nor my go-go outfit have returned to the cave following our completion of the previous manuscript, I was skeptical. Nevertheless, I have agreed to incorporate it into the story.

The Plot Bunnies were happy. I was happy. All was well.

And then they said they wanted to add one more thing to the story: zombies.

You know that confused look you have on your face right now? I think that is how mine must have looked when the Plot Bunnies threw that at me. I was all “Hey, Plot Bunnies. I totally appreciate your super awesome ideas, but I’m not really into the whole zombie thing. I mean, it’s cool if y’all are, but it’s really not my area.” And they were all, “Hey, Writer Lady, what do you have against zombies? Are you, like, one of those prejudiced writers or something?” And then I was all, “I am NOT prejudiced against them. I just don’t want to write a story with them in it.” And they were all, “Why are you a hater?” and then started whispering to each other while glaring at me with their beady little bunny eyes. 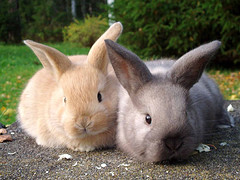 Why are you a hater? photo credit: Madeleine_ via photopin cc

Not wanting to instigate riot, I quickly tossed out a compromise to the zombie subplot. The good news is that my idea seemed to be well received by them. Unfortunately, I can’t reveal too much about it due to the aforementioned Plot Bunny-Writer confidentiality, but I can tell you that I will be well-versed in the Voodoo religion of Haiti and New Orleans by the time I am done with this manuscript.

The bad news is they won’t let me out of their sight until I’ve scribbled down my character sketches and a general outline. Did I mention they are bossy Plot Bunnies?

It’s probably all for the best. You’re really busy filming Sherlock right now so we wouldn’t be able to hang out anyway. And then there’s the tiny problem that you haven’t found the writing cave yet. That’s just as well. I’m going to be hopped up on writing endorphins and caffeine again while fighting the urge TO WRITE IN ALL CAPS AND HAVE EVERYTHING APPEAR ALL SHOUTY EVEN THOUGH I’M NOT SHOUTING WHILE WRITING IT.

And now I shall return to the writing cave before I’m overcome with the need to use the caps lock button again.

*Editor’s note: The views, ideas, and opinions expressed in the Letters from Benedict series are works of fiction and did not come from the actor himself. Obviously. This series is just my ridiculous way of expressing adoration for Mr. Cumberbatch and his work and is not intended to be taken or read as a true collaborative writing endeavor with him.

← Wednesday’s Would You Rather Question: Ancestors vs Descendants?

Wednesday’s Would You Rather Question: Confetti or Glitter→