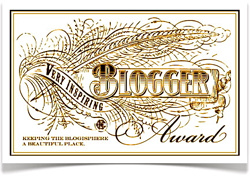 Recently, I was nominated for the Very Inspiring Blogger award by fellow writer and friend, the estimable Ellen Gregory. As a recipient of such an award, I am to share seven never before revealed things about myself and then nominate three other bloggers for this noble award. After 14 months of continuous blogging here in the kasbah, I didn’t think I had anything else to share that would be even remotely interesting to anyone.

For example, I didn’t think anyone would really care to know that my current favorite show, Dexter, has recently joined the likes of Six Feet Under and Sherlock on my list of Best Shows Ever. Frankly, I don’t think that’s all that interesting, unless you consider how each show has an incredibly well-written sociopathic main character that totally and completely fascinates me.

Actually, let’s not go there. This isn’t supposed to be a post about my seven diagnoses.

Having eliminated that as a possibility, I was back to trying to think of seven interesting things to share. But, before setting out to uncover such things about myself, I did a quick check of the rules and discovered that these seven things did not necessarily need to be interesting things, just things. For example, I could share that I like peanut butter on my morning toast. Or that with the recent rise in humidity here, my hair ends up looking like Farrah Fawcett’s (Charlie’s Angel’s era) by the end of the day, reminding me once again of the desperate need for a hair cut. Those two things are not particularly interesting. But they do qualify as things. 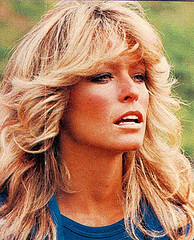 You wear it so much better, Farrah. photo credit: bioxid via photopin cc

With the pressure off of finding seven interesting things, my resident genius and I decided to engage in a good ol’ fashioned brainstorming session. We made up some tasty snacks and beverages, put on some music (today’s selection was Nat King Cole’s Penthouse Serenade), and had ourselves a chat.

*Spoiler alert: You are about to be subjected to new information about me. If you are happy with the knowledge you already have and want to stay blissfully unaware of the following seven facts, I’ll bid you farewell for now. If, however, you choose to continue reading, you will be taken deeper into the demented temple of my mind. Consider yourself warned.*

For those intrepid readers who are bravely venturing on, here are the results of the brainstorming session, a list called Seven Things You May Not Want to Know But Will After Reading This. It’s best to keep in mind the factors that were influencing me at the time it was created:

1. Whenever I have a nightmare, it always involves at least one (or sometimes all) of these elements: a) I need to scream, but no sound will come out of my mouth; b) I need to run away from something scary, but my legs will only move in slow motion while everything else around me is going regular speed; and c) I’m trapped in a car that has plunged into a body of water. It’s a veritable Jungian trifecta of control themes. I think it’s just my subconscious’ snarky way of messing with me. I’ve often wondered why I couldn’t just get the recurring nightmare most other people have about showing up naked at school or work. I’d take that any day over the set of themes stuck on repeat in my dream world.

2. There are some evenings that I’m so ridiculously excited for my morning cup of coffee that I consider going to bed early just so I can get to my java fix that much sooner. But then I remember the snark-fest my subconscious likes to have (see #1) and decide instead to stay up late doing things like writing and reading. 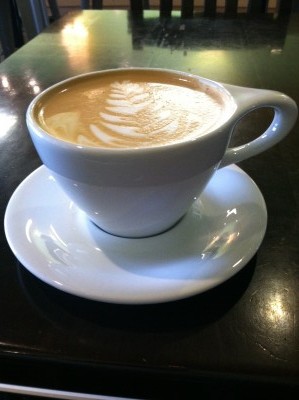 3. Lately, I’ve been thinking about all of the things that are out there in the world to learn. And then I become simultaneously excited about learning these new things as well as totally overwhelmed by the enormity of it all because there’s so much I don’t know. 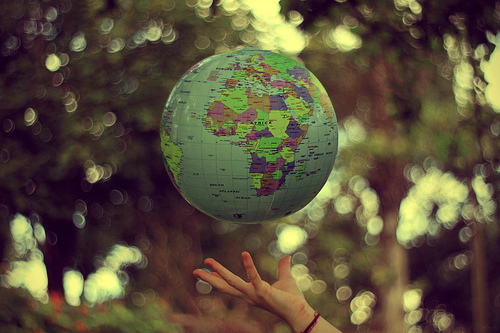 4. I became a vegetarian in my early 20’s not because of the ethics and animal abuse issues (though those later became some of the reasons I’ve remained one), but because I couldn’t really stand the taste of most meats. I pass no judgement to anyone who eats meat – your choices are your choices just as mine are, well, mine. I won’t lecture you on the disgusting and horrific nature of factory farming of animals, unless, of course, you want me to. Normally I don’t go on anti-meat tirades except…

5. …when it comes to meatloaf. I detest it. Even the word makes me cringe. Honestly, I’m a bit surprised I don’t have nightmares about it. Apologies to any meatloaf lovers out there. We’ll just have to agree to disagree on this one. I have never liked it nor will I ever like it. Not on a plane and not on a train. Not in a box and not with a fox. And not even, you might be surprised to discover, in the company of a certain classy British actor. He can eat the ungodly food all he wants. Just give me the normal food, thankyouverymuch.

6. When the 13 year-old and I work on a puzzle together, we’re both overcome with the desire to say *booyah* whenever one of us fits a piece into the picture. And not just every few pieces. We say it Every. Single. Time. Sometimes it is whispered. Other times it’s declared with obnoxious gusto, as though we’re saying “Take THAT!” to the puzzle. And if the piece was especially difficult to find, faux gansta hand gestures are involved. For obvious reasons, we limit ourselves to 500 piece puzzles. 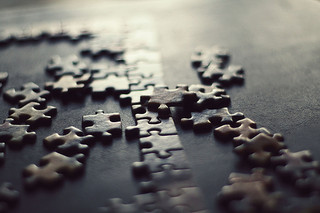 7. I am not sure if I believe in past lives, but if I did I think I was most likely a traveling cartographer who also happened to be a cellist. Or a traveling cellist who made maps on the side. Either way, I’ve come to this scientifically deduced conclusion based on my fascination with travel and maps, and the way the sound of a cello seductively stirs my soul. 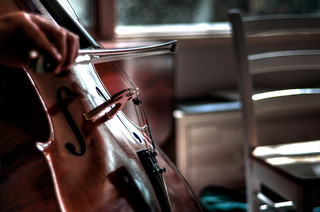 And now for the nominating part. Be sure to stop by and check out the fabulous blogs of these talented writers:

The rules are as follows:

Display the award logo on your blog.
Link back to the person who nominated you.
State 7 things about yourself.
Nominate three other bloggers and link back to them.

Now it’s your turn, fair readers. What previously unknown fun fact about yourself are you willing to share? Anyone have similar nightmare themes? How about a mutual aversion to meatloaf? Do you have any puzzle-assembling proclamations that you make when you fit a piece in? Don’t be shy. Have some tea and share away. I always love to hear from you.