Wednesday’s Would You Rather Question: Centaur vs. Mermaid?→

As many of you may remember, last year my fellow writers and I collaborated on the spellbinding and thrilling round robin tale, The Octopus Knows. (click here to read all of the luscious chapters over at Laird Sapir’s blog.) The time has come once again for us to join together to create literary magic and write another story.

As previously established during the last round robin, the rules are as follows:

2) provide a link back to the person who wrote the entry before theirs as well as a link at the end of their chapter directing readers to the next person on the list.

I’ve been given the honor of writing the first chapter of the new story. To follow the chapters as they appear, you can always check Laird Sapir’s blog for the complete list. (Laird was also so kind to provide the brilliantly named main character and fantabulous title to our story.)

So, without further ado, I give you:

Once upon a time, in a land suspiciously close to your neighborhood, there lived a man named Geraldo Jackson. He was a tall, wiry chap who liked to wear his graying mustache in a classic handlebar formation and his plaid pants higher than is fashionable, held up by his trusty suspenders. He spent his days laboring in his thatch-roofed wood shop down by the river carving toys for the good little children of his village. He was neither rich nor poor, making just enough to provide a comfortable life for himself, his wife, and his son, the music prodigy known as Twinkle, so nicknamed because his first word was, in fact, not a word, but rather the entire song “Twinkle, Twinkle, Little Star”.

The kids of the village so loved their hand whittled toys and their special trips to the toy maker’s shop. Geraldo’s business was steady and sure and his work was beloved by all in his town. Then came the advent of technology brought about by his former classmate, the insufferable, fruit-obsessed Steve Jobs. As computers and cell phones and iPods became the preferred item du jour for the kids of the village, Geraldo’s business began to wane considerably. Geraldo’s thatch-roofed store soon became like a seldom-visited museum of oddities and curiosities, a relic of a bygone era.

Soon after, Geraldo’s wife, known around town as Juniper Jackie (for she was an accomplished tree climber and acrobat), decided to leave him to pursue her career with a traveling tree stunt group. In a note scrawled on a piece of tree bark, she cited irreconcilable differences and the fact that Mr. Jackson never once came to watch one of her tree climbing stunt shows because he was always too busy whittling toys for the children. She hoped that with business dying down he’d have more time to watch her scale a Douglas Fir (she held the record in five counties). But he never did. Geraldo sat in his shop day after day, making toys for kids that never came. Fed up, Juniper Jackie took her spurs, her seven pairs of leather jeggings, the tree pole she had installed in their boudoir (in hopes of inspiring Mr. Jackson to show an interest in her work), and the family’s stock pile of canned refried beans (because it was handy for all manner of dinner options whilst on the road). Out of kindness and motherly affection for Twinkle, she left the family Costco card so Mr. Jackson could restock the refried bean supply.

Geraldo was deeply saddened to see his wife go, though as time passed he found he was grateful to no longer discover slivers of wood between the bed linens or globs of tree sap stuck to the refrigerator door. Twinkle, on the other hand, harbored a deep resentment, not only for having been abandoned by his mother, but also because she took with her all of the good shampoo and conditioner. His once shiny, long, golden locks were now in a dreadful state of entanglement. Twinkle begged his father to let him  buy some shampoo, or at least a bottle of 2-in-1, but Geraldo was never one to worry about such trivialities as hair products and simply didn’t see the need to buy shampoo when he had recently gone to Costco and bought a pallet containing 512 bars of Sparkle Sudz Soap, which could easily do double duty as shampoo. 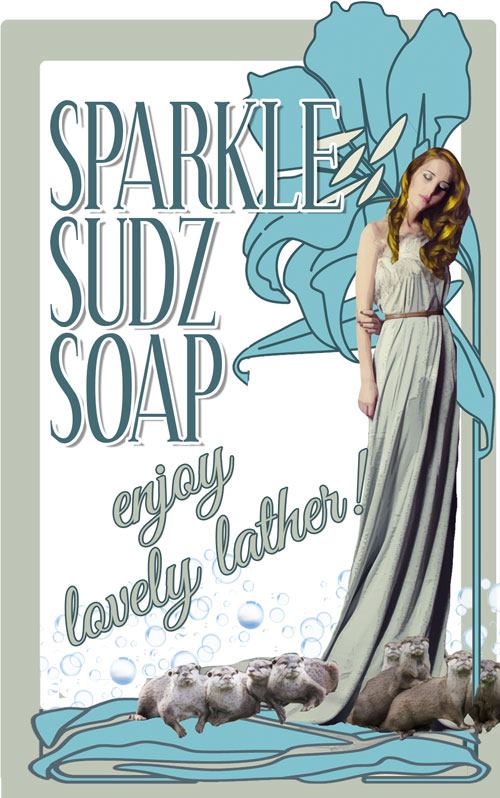 “Soap is soap,” Geraldo told a crestfallen Twinkle when he arrived home with the bars of soap as well as two 55-gallon drums of paprika shrink-wrapped together (one can never have too much of the exotic spice). “If it’s good enough to clean the dirt out from under your nails, then it’s good enough to clean the hair on your head. Now, remember to lift with your legs and not your back when carrying the paprika.”

Needless to say, Twinkle was not pleased. As anyone with a mirror and a head of hair knows, bar soap does not make for smooth, shiny locks. Not an entirely unattractive boy, Twinkle prided himself on having hair Fabio would envy. Now, having only bar soap for shampoo, he was certain his one true beauty would be ruined.

Things were not going well for Twinkle at school, either. Kids mocked and teased him because of his lack of electronics (Geraldo forbade them) as well as the top hat he wore to contain his increasingly big, frizzy hair. When the toy shop had been doing well, Twinkle had more friends than he knew what to do with, but all that changed when hand-whittled toys fell from favor. Twinkle longed for the good old days when he and his friends would put on musicals in his backyard. Now, no one could (literally) see their way past the expanding afro to welcome Twinkle into their fold.

At home, things were going from bad to worse. Geraldo had quickly fallen into the ways of a hoarder. He filled the empty void left by Juniper Jackie and a failing toy business by making weekly trips to Costco, buying more pallets of soap and other non-essential shrink-wrapped items. Soap boxes were stacked in towering piles all over the house. Twinkle felt as though the Golden Goddess on the Sparkle Sudz package was mocking him with her flowing, golden hair, shimmering skin, sparkling gown, and the dozen otters nestled at her feet.

Surrounded by hundreds of smiling Golden Goddesses and whiskery otter faces, Twinkle had never felt so alone. Or in need of a deep conditioning treatment.

One night while watching reruns of Falcon Crest, something strange happened during the commercial break. The familiar jingle for Sparkle Sudz Soap Co. started to play and the irritatingly familiar Golden Goddess appeared. Her skin glittered beneath her Sparkle Sudz gown and her hair shimmered in the moonlight. Unable to get a moment’s peace from soap, Twinkle was about to turn off the television when the Golden Goddess broke from the usual Sparkle Sudz song and began to sing “Twinkle, Twinkle, Little Star.”

Twinkle stared at the television, mesmerized by the song.

When the Golden Goddess finished singing, he expected her to go back to reciting the same lines she always said in the Sparkle Sudz commercials but instead she looked directly at him and said, “Hey there, Toots. Wow, you’re looking a little worse for the wear, aren’t ya? What’s up with the hair?”

Twinkle attempted to smooth down his hair with his hand and then looked behind him to see if she was talking to someone else, but there was no one in the room. He was alone in the house of soap.

“That’s right, Toots, I’m talkin’ to you,” she said, pointing and winking at him. “Now listen up, I don’t have a lot of time.” She took a quick look over her shoulder as though she heard someone coming, though all Twinkle could see behind her was the calm water of a pond, a woodland scene lit by the pale light of the moon, and the otters.

“How is it you’re able to talk to me?” Twinkle asked.

“That’s not important. What we have to do is important, though, so listen carefully. This is big. You want to be a part of something big, don’t ya, Toots?”

Twinkle smiled broadly at the idea, visions of Broadway musicals filling his mind for a moment’s bliss, then frowned. “Wait just a Soul Train minute. Who put you up to this? Randolph? Gary? Mr. Wiggins, the P.E. teacher? He’s always going on about –,”

“Toots!” the Golden Goddess interrupted, snapping her fingers. “This ain’t a joke. No one put me up to this. I’m the real deal. Don’t I look real to you?”

Twinkle squinted at the television and then nodded.

“Alright then, let’s get back to the task at hand,” she said, then snorted. “Ha! Task at hand. Get it?” She snorted again at her joke, then seeing Twinkle’s blank expression, sighed. “No, of course you don’t because I haven’t told you anything yet. Silly me. So, as I was saying, you’re about to become a part of something big. As in B-I-G big.”

“But, why me? I mean, I’m flattered and all, but of all the people you could have chosen, why me?”

The Golden Goddess shook her head and gave him a pitying look. “Because, Toots, you’re the only one that can pull this off.”

An uneasy feeling settled in the pit of Twinkle’s stomach. He swallowed hard. “Pull what off?”

The golden goddess smiled widely. “That’s why I’m here, Toots. To show you how it’s done.”

To read what happens next, I’ll pass the torch to the ever creative Mike Schulenberg. Be sure to stop by his blog for the next chapter.

29 thoughts on “Lather: The Twinkle Jackson Story ~ A Round Robin Tale, Chapter One”

Wednesday’s Would You Rather Question: Centaur vs. Mermaid?→