← Wednesday’s Would You Rather Question: Harry or Katniss?

Lather: The Twinkle Jackson Story ~ A Round Robin Tale, Chapter One→

In answer to your question, yes, I do vividly remember our recent little chat in which you implored me to stop taking roles in which my characters meet their mortal demise. When you wrote “Stop dying in any and all roles, including, but not limited to, plays, radio dramas, movies, short films, epic dramas, musicals, operas, made-for-t.v. movies, commercials, puppet shows, circus acts, traveling freak shows, pantomime street performances, music gigs, and dance-offs”, I really don’t believe you could have been any more specific. And while I appreciate your offer to fly to London to review any new scripts I am considering, I think your time would be better spent in the writing cave finishing that manuscript. Better yet, hand over the location of the writing cave and I’ll bring the scripts to you for your stamp of approval. Just sayin’. 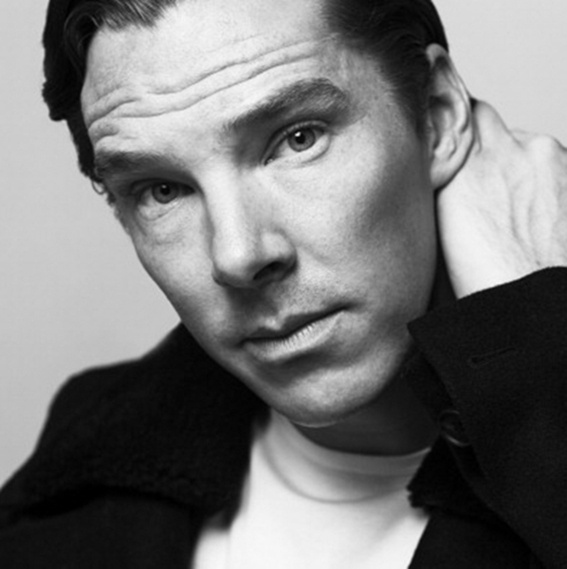 As you may already know, I recently signed on to play Alan Turing, the British mathematician and cryptographer known for breaking the German Enigma Code and saving the Allies during WWII, in the biopic The Imitation Game. A highly intelligent man, Turing’s life ended at the very young age of 42 following two years of female hormone injections (also known as chemical castration), an option he chose over going to prison for having been prosecuted in 1952 for being a homosexual. (Yes, another role in which my character dies. In all fairness, this was in the works well before I received your request.) While I’m utterly horrified to think that the British government enforced this atrocious law and sanctioned the injections, I am hoping I will learn some new tactics for decoding messages that will enable me to locate the writing cave.

Speaking of messages, I was in the kasbah the other day (just popping in for a cup of tea and relishing the brief interlude before the filming of Sherlock begins) and came across some notes scribbled on a note pad. Thinking it was a note left for me with directions to the writing cave, I excitedly began to read it. I then quickly discovered it was a brief, yet unfinished Notes to Self list started by you. Unfortunately, by the time I realised what I was reading it was too late to… erm… not read it. Like you always say, you can’t un-ring a bell. As it turns out, you also can’t un-read what you’ve already read.

I know I’m taking a great risk of never getting another clue to the whereabouts of the writing cave, but I must confess I took the liberty of finishing your Notes to Self list. What’s more, I’m going to strongly suggest you share it with your readers. I know if you were left to your own devices you wouldn’t publish it, but you’re obviously the Commanding Editor and can hit the mighty delete button before publishing my letter. That said, I do hope you’ll leave them in.

Clandestine Notes to Self Discovered in the Kasbah

Note to Self: The image looking back at you in the mirror has been through everything you’ve been through. Give her the same grace and acceptance you’d give your friends, your sisters, your mother, your daughters. She deserves and needs it as much as they do.

Note to Self: Aging is inevitable. Self-respect and confidence are not and need to be cultivated and nurtured. Where is your energy better spent – in fighting the inevitable or in cultivating that which makes you a better version of current self?

Note to Self: Shame is only useful when it prevents you from doing something unkind or harmful. Otherwise, it should be kept under lock and key, released on a very limited basis only when needed, and then promptly returned to its hovel.

Note to Self: Self-loathing is incredibly self-indulgent and will leave you stuck in stagnant waters. Scrape off that barnacle of reproach, grab your oars, and move on.

Editor’s addition – Note to Self: Don’t leave unsupervised Notes to Self in the kasbah where certain classy British actors can find them.

May the coming week be both abundantly kind and full of intriguing adventures.

*Editor’s note: The views, ideas, and opinions expressed in the Letters from Benedict series are works of fiction and did not come from the actor himself. Obviously. This series is just my way of expressing adoration for Mr. Cumberbatch and his work and is not intended to be taken or read as a true collaborative writing endeavor with him.

12 thoughts on “Letters from Benedict: On Cryptography & Clandestine Notes”

← Wednesday’s Would You Rather Question: Harry or Katniss?

Lather: The Twinkle Jackson Story ~ A Round Robin Tale, Chapter One→