I know you offered to look after the kasbah for me while I stumble along to The End of my novel, but I can tell you’ve got quite a lot going on at the moment. Don’t worry, I’ll just fill in for you filling in for me. I guess that means I’m filling in for myself. Also, I think that means I may have opened a worm hole somewhere just typing that.

Anyway, I see that you’ve been terribly busy with starting to film the WikiLeaks movie, dying your hair platinum blonde for the role, trying to persuade Julian Assange to give you the chance to meet him, and —

HOLY GUACAMOLE OMG FOR THE LOVE OF HAIR PRODUCTS YOU DYED YOUR HAIR PLATINUM BLONDE.

I’m fine with it, really. Just a bit of a shock is all. Maybe I need a blanket.

Know what else is shocking? That I live within an hour’s drive of some of the best skiing in the country and not once since I moved here have I attempted to attach a narrow set of sticks to my feet and hurl myself down the broad side of a mountain. Don’t fret. I’ll share the shock blanket with you while I tell you my big news: I’m going to amend my ways and take my first skiing lesson tomorrow. I’m just a little nervous, but I do have some familiarity with mountains. And snow. For example, I have on numerous occasions thrown myself down a ginormous sledding hill while sitting in a big inner tube. That’s sort of like skiing, right? 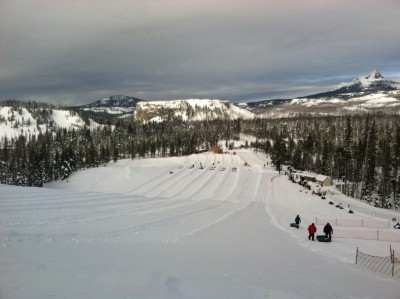 I’m setting out to make 2013 all about Adventures. Yeah, I thought you’d like that. Wish me luck with the skiing thing tomorrow. Or do you say break a leg? No? Oh right, that’s just for actors. You should probably should delete that or scribble it out with a sharpie or a maybe take a match to it or something permanent so the interwebz doesn’t jinx me while I’m on the mountain. So, what do people normally say to beginning skiers? Don’t snort the snow? I checked on the ski resort’s website and they’ve got nothing for the newbie on that. I have a feeling the ski instructor is really going to earn his or her money tomorrow.

This weekend also marked the first time the 12 year-old watched Star Wars (the original first episode, obviously). Now I can finally get that black mark out of my parenting file. How did I convince the 12 year-old and her friend to see it? It’s best if I do a re-enactment for you:

Me: What should we watch for movie night tonight? Ooh, I know! How about Star Wars?

Me: You know, I can’t simply let you waltz into adulthood without having seen at least one Star Wars movie.

Me: Adulthood can sneak up on you just like the Gollum sneaked (snuck?) up on Bilbo.

*gives self a mental fist bump for the clever literary simile*

12 y.o., giving her friend a “don’t make any sudden movements around the crazy lady” look: We won’t be adults for another six years, though.

Me: That is why it is of the utmost importance we rectify this immediately. Watching Star Wars in your youth is an American right of passage. Like playing baseball and eating apple pie. It’s your patriotic duty.

Me: Why do you hate America?

12 y.o., looking pleadingly at her friend to rescue her from the conversation: I don’t have a response for that.

Friend: I like America, but I think the flag could be more colorful, like we should add some hot pink or neon green designs to it.

Me: I know, right? Can you imagine how awesome the flag would be if Betsy Ross had been given a Bedazzler?

*admires friend’s Jedi mind tricks and nods at her knowingly*

Me: The time has come, young Jedi Knights. Grab your light sabers. We’re going to the video store.

A short while later, they were perched on the edge of their seats wondering if Luke was going to blow up the Death Star before the Empire blew up the Rebel Base. Then they begged to watch the next two movies.

I thought I’d take a moment to remind you of how incredibly humble I am, so there’s really no need to spend your precious time nominating me for Parent of the Year for my stellar parenting skillz. I’ll simply celebrate this achievement by donning my Princess Leia battle outfit, braiding and coiling my hair into some sweet buns, and then dancing to the Star Wars victory song. Also, I’ll add some points next to my name on the Bonus Points Board in the kasbah. You know, classy stuff. 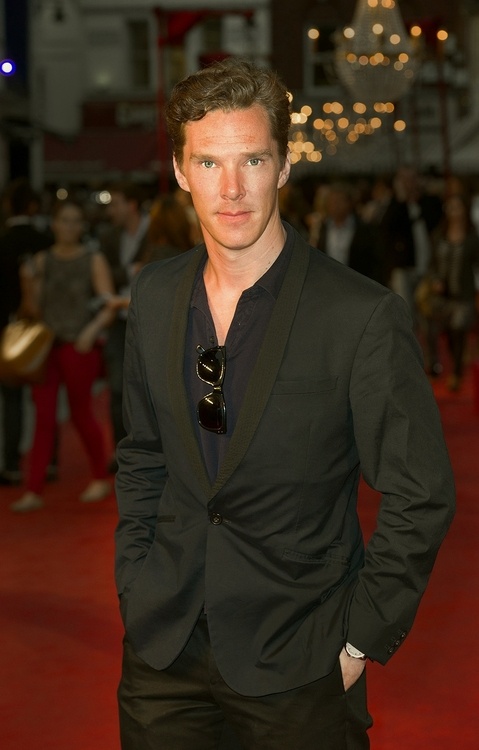 But I don’t need to tell you about being classy. If any man can pull off platinum blonde hair and retain his classy British ways, it’s you, friend.

P.S. My hair stylist friend says Vitamin E does wonders for the scalp as well as your hair, so be sure to work some of that in with your conditioner and let it sit on your hair while you finish in the shower. Rinse, then behold the wonders of your silky smooth hair. It is truly amazing.

P.P.S. Not that I’ve been contemplating your shower habits or anything.

P.P.P.S. Well, not regularly. I do have other things to think about. Let’s just leave it at that.