Letters from Benedict: On Flash Mobs, Copenhagen, & the Perception of Truth→ 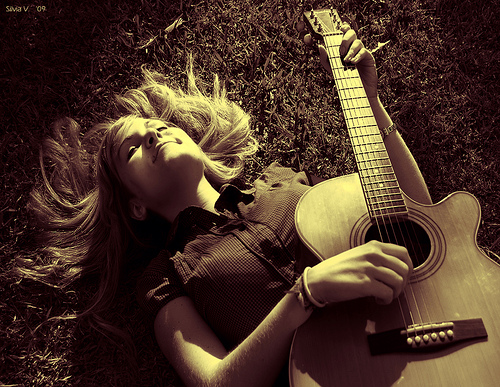 Because I’ve so admired and coveted other people’s talent at having a captivating, lovely singing voice, I chose to be a brilliant singer in a mediocre band. In fact, I’m pretty sure I would go so far as to say I’d volunteer to donate a kidney in order to have a stellar, hauntingly beautiful singing voice.

Awkward and unnecessary confessional paragraph of a tangential nature: Sure, one of my kidneys is about the size of ping-pong ball and is only able to do about 20% of what a full-size kidney can do. And while I am fond of The Nubbin and appreciate all it does given it’s teeny, tiny size, I can’t really spare the other full-sized one because The Nubbin, mighty as she is, can’t do the job alone. So, if I were to donate a kidney, The Nubbin would be the one to go, though I’m not sure how useful she’d be in someone else’s body. This, however, doesn’t diminish the sacrifice I’d be willing to make for a killer singing voice because what if I went ahead with it and the surgeons took THE WRONG KIDNEY?  It would be like playing Russian Roulette, except instead of bullets, there would be scalpels, and instead of a shoot out it would be regular kidney vs The Nubbin. Thus, it’s a totally legit, fake sacrificial statement.

In summary, I would LOVE, LOVE, LOVE to have a brilliant singing voice that made people want to weep gentle tears of joy whenever they heard it. Also, bonus points would be awarded if I could make them want to sing along, like I do every time I hear this hauntingly beautiful song by the Wailin’ Jennys:

So, if that means I have to be a part of a mediocre band in order to possess the voice of an ethereal goddess, so be it. At the very least, I would push for an awesome band name, like ‘The Phrenology Heads’. Or ‘The Cow Tippers’. Or ‘The Procrastinators’.*

Now that I’m able to scratch off over-sharing on my list for the day, let’s move on to this week’s question. Instead of giving you an either/or question this week, I’m going to expand it a bit and give you not one, and not two, but FIVE options:

If you had to completely give up one of your five senses, would you rather give up your sight, hearing, sense of smell, sense of touch, or the ability to taste?

And now I’ll turn the kasbah floor over to you, intelligent readers. Which of the five senses would you be willing to give up? Which sense could you live without? (And no, common sense is NOT one of the options.) The lanterns are lit and the tea is ready. Come share your clever thoughts. I always love to hear from you.

25 thoughts on “Wednesday’s Would You Rather… Question: The Five Senses”

Letters from Benedict: On Flash Mobs, Copenhagen, & the Perception of Truth→