← Wednesday’s “Would You Rather…?” question: Talent vs. Fame

I’m so thankful for the addition to the Un-Resolution List. You certainly have a knack for saying the very thing I need to hear when I need to hear it. Dancing is always a good idea, anytime, anywhere. I am especially fond of doing it in the car when I can turn up the music and sing as though I’ve got a molecule of talent.

Speaking of talent, you are so wonderfully good at being THE MOST DISTRACTING PERSON ON THE PLANET. The Keats poem? Really? I know you included it in your letter under the guise of being “helpful”, but I saw it for what it was, friend. An obvious ploy to weaken my resolve and trifle with my tenacious hold on the writing cave’s whereabouts.

Clearly the game is still ON.

To which I say:

Oh, but first, would you mind terribly if I asked you look after the kasbah a bit longer? It really is quite helpful when you’re here making sure the lanterns stay lit, the tea properly steeped, and the pillows fluffed while I remain in the writing cave churning out the prose. I am nearing the end of the crappy first draft and need to maintain my momentum. I know you’re awfully busy with interviews for Star Trek, recording episodes of Cabin Pressure, and growing out your curly locks for when Sherlock resumes filming in March, but I’d greatly appreciate the help. 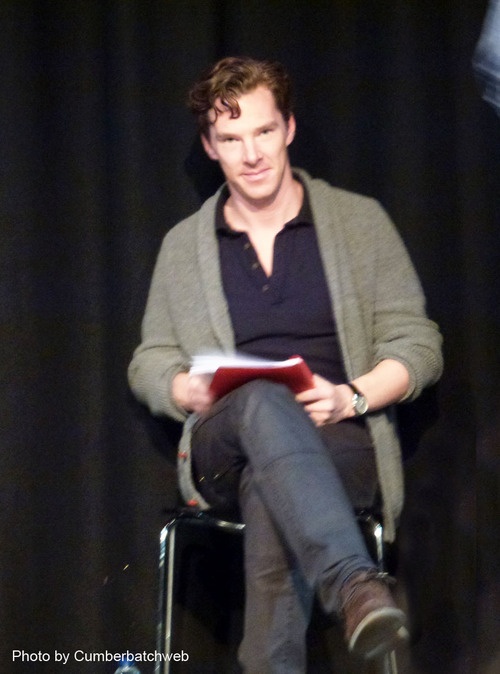 Honestly, I don’t know how you do it all. The only thing more astounding than your weekly accomplishments is the great lengths I have to go to in order to see your work. But don’t fret. I just need to befriend someone with a premium cable subscription so I can (finally!) see Parade’s End when it airs in the U.S. on HBO at the end of February. It’s either that or make my way to the Emerald City to see the wizard so he will grant me a plane ticket to London and an all-expenses paid, spacious flat in the city so I won’t continually miss out on your performances just because you insist upon doing everything over there in the U.K. Both plans will involve pushing my introverted boundaries and getting to know people outside my usual circle of friends, but I am up for the challenge.

The way I see it, if a heart-less tin man and a brain-less scarecrow can amble along the yellow brick road to the Emerald City, defying all logic and rules of biology, and then are granted their one true desire based on a few noble deeds, then surely the Wizard could see me as worthy of something as paltry as a plane ticket and a flat. If you ask me, I think I’m being pretty low-maintenance compared to the guys made of straw and metal. I don’t even need to fly first class. And, I think I’ve got a pretty strong case based on my own noble deeds.

What noble deeds, you ask? Well, for example, I haven’t made even one threat to They Who Must Not Be Named Insurance Co. in over two weeks. Sure, work was closed during that time, but I think I showed great restraint (and an abundance of holiday spirit to boot) by not sending the hate mail I’ve been composing for them. I’ve also returned my library books on time and only swore   three times as I was flying down the monstrous sledding hill last week. And while I didn’t fight off any evil flying monkeys or have cause to melt a witch, I did get several thousands of words written in the novel and my children were regularly fed and watered during that time, so that should count for something.

Hopefully all of this will impress the wizard enough so he’ll to send me to London. Or at least convince the cable company to give me a couple of months of HBO for free. Either will do. I’m not picky. O.k., you’re right. Who I am kidding? I’m extraordinarily picky, but only about certain things. LIKE NOT BEING DISTRACTED BY LOVELY VOICES READING ME POETRY SO I CAN GET MY NOVEL DONE BEFORE I TURN 80.

When will I turn 80? Someday. And when I do, I want to be able to walk into my grand personal library, look upon my floor-to-ceiling shelves made of a genetically modified wood substances, and run my fingers over the spines of the books I’ve tragically defaced with a Sharpie by scribbling my name over the original author’s. And inside those “up-cycled” books there will be a special compartment carved into the pages where I’ll keep the microchip that holds all of my published works. I’ll even let you into the writing cave to collect your own copy of the microchip so you can put it in the computer feed implanted in your brain. I know, I’m giddy about it all, too, but I have to finish the first book so I can move on to the second and the third and, well, you know how the rest goes. 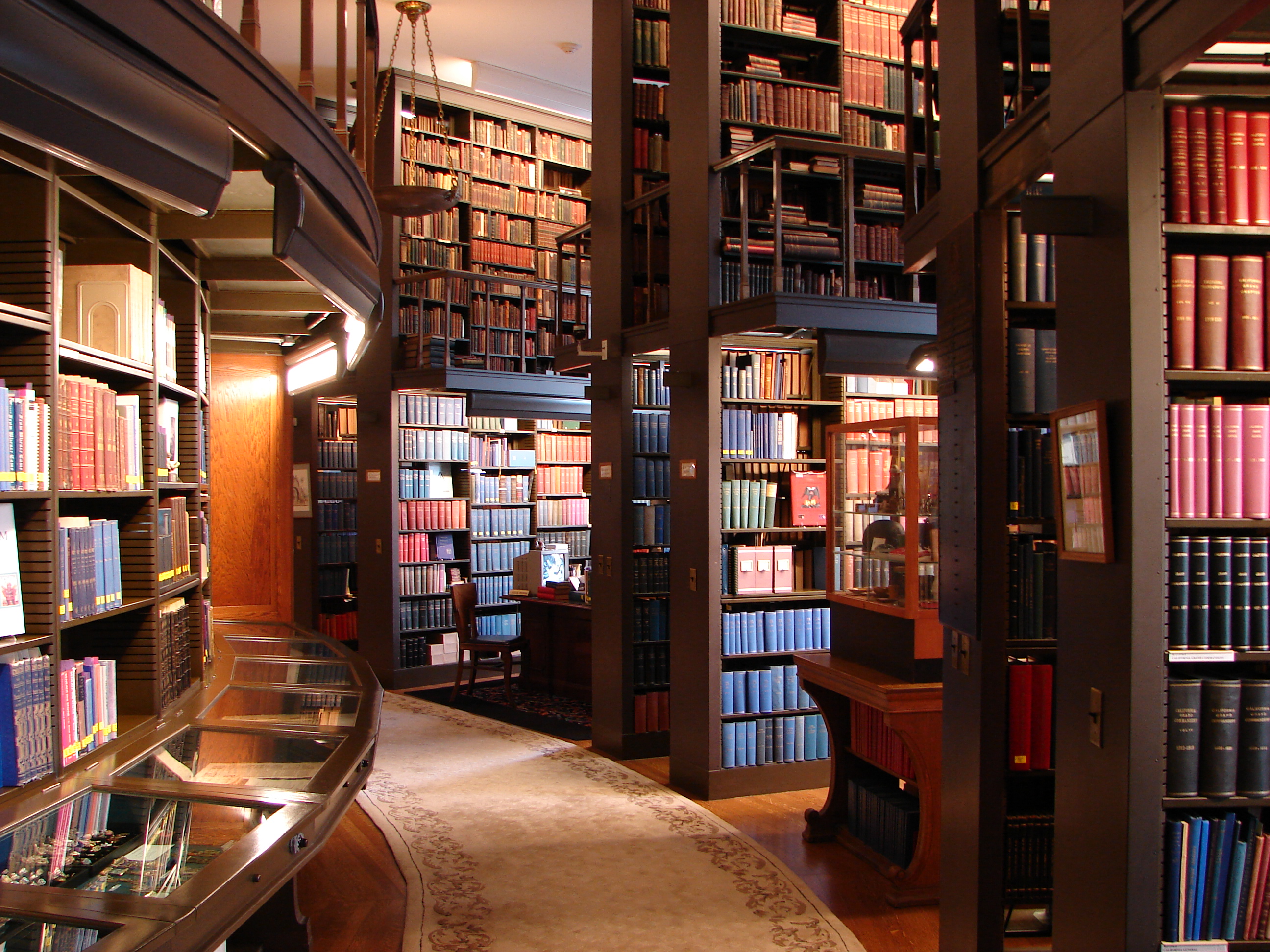 My pretties… photo credit: J B, via Wikimedia Commons

When I’m not befriending scarecrows or stocking up on Sharpies, I’ve also been spending  a bit of time figuring out how to stream broadcasts of the three radio plays you’ve recently recorded: Cabin Pressure, Neverwhere, and Copenhagen. You know how I love to listen to a story as much as reading the written word. Not to worry, though. It’s all good. I have prevailed and managed to only sacrifice some sleep and a little bit of dignity in the process. I’ve sorted it out and will generously share the fruits of my labor with anyone interested in listening to your performances. (Click here to be taken to the BBC iPlayer.) 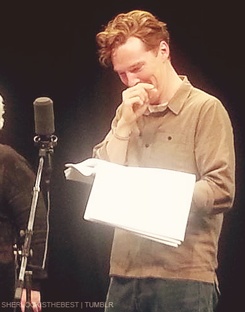 For now, I will focus on the novel and will continue to work on becoming an even more noble person so the wizard will like me and want to grant me things. Like a six figure publishing contract and the answers to how Sherlock survived the fall. Or how to see your performances as they occur. All in due time, I’m sure you’ll tell me with your velvety voice. Yes, friend, I know. Unfortunately, I am impatient with that particular schedule.

13 thoughts on “Dear Benedict: On the Wizard of Oz, Noble Deeds, & Radio Plays”

← Wednesday’s “Would You Rather…?” question: Talent vs. Fame