← Letters from Benedict: On Giving Up & Grace

Dear Benedict: On the Un-Resolution List and the New Year→

Last week we pondered the age-old question, “would you rather have a magic wand or the super powers of your favorite super hero?“ Unlike previous Would You Rather…? questions of late, readers were more evenly divided between the two choices. An equal number of you chose the wand because super powers were either not practical (especially if caught in the middle of a savannah while being hunted by a hungry lioness) or would seemingly require one to be responsible for solving the world’s problems. Also in favor of the wand was the ability to summon things from across a room as desired. A handy feature indeed.

Those coming down on the side of the super powers shared the tragedy inherent in losing the magic wand and then cited specific super heroes as the ones to emulate: Batman/Batwoman (girl?), Superman, and Sue Storm Richards were contenders, all with fabulous super powers. There was also one vote for the forever youthful super swordsman who could only be smote by another super swordsman, a decidedly unique twist on the concept of super powers.

What did I choose? I went back and forth on this several times, taking into careful account the wisdom shared in the kasbah. In the end, I had to go with my gut feeling: the wand. I like it’s diversity of power, it’s multipurpose functionality, and would love to be able to enchant things like a broom or mop to do some of the cleaning around the house.

Yes, I went with laziness as my deciding factor. Don’t judge. I do have a magic wand after all.

Assuming you live alone and have a deadline looming ahead on a major project that your career and livelihood hinges upon, would you rather sequester yourself in:

a comfortably spacious apt. in the city where you can order take-out at will, have tons of resources available, yet could easily be distracted by the goings-on around you

a cozy, yet spacious, remote cabin in the mountains where you would have hardly any distractions but would be stuck in the middle of nowhere? 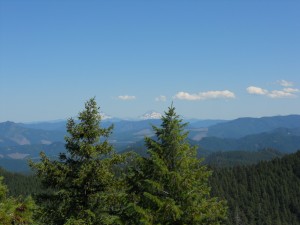 So, clever readers – are you a city mouse or a country mouse? Are drawn to the action, diversity, and amenities of the city? Or are you craving the soothing peacefulness of a remote cabin in the mountains? Pull up a pillow and have some tea. I always love to hear from you.

24 thoughts on “Wednesday’s “Would You Rather…?” question: City Mouse vs. Country Mouse”

← Letters from Benedict: On Giving Up & Grace

Dear Benedict: On the Un-Resolution List and the New Year→