Letters from Benedict: On Buttons, Milestones, and Red Balloons→

Way, way back in February, I started a series called, “Would You Rather…?” Wednesdays based on the card game and after one post, I kinda, sorta forgot about it. And not only did I commit that egregious error, but I also dropped the ball on my promise to answer the first question (which you can read about here). 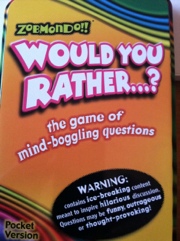 I would now like to rectify that ball-dropping in the last few hours of this fine Wednesday. Also, I would like to let y’all know that I will be reinstating the “Would You Rather…?” weekly question, usually on a Wednesday (unless there is something that preempts it, like a really bossy deceased author insisting that I share his or her mix tape playlist, in which case it will be on another day).

Before we get to this week’s question, I promised to let y’all know what my answer was to the first question: Would you rather try to evade Wonder Woman or Batman? Here’s my answer:

Assuming I am an evil villain on the run, I would choose Batman as the easier of the two to evade because Wonder Woman is, in my opinion, more of a badass. Plus, she’s got the Invisible Jet, the ability to run lightning fast (up to 60 mph), super human strength, bullet-deflecting wrist bands, and the Lasso of Truth. Villains never stand a chance against the Lasso of Truth. 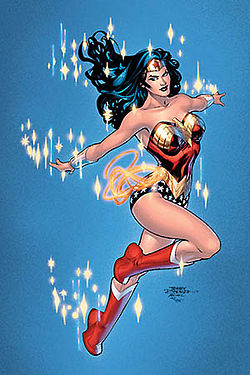 I am firmly in the Wonder Woman-Would-Quickly-Catch-You-and-Kick-Your-Butt camp, though I’ve never liked the skimpy outfit the creators drew for her – it has always looked uncomfortable and really, who wants to fight the bad guys in a bustier? I also love that she is based on Greek mythology and that intelligence is one of her defining characteristics. Intelligent, strong, and fast, she would be extremely difficult to evade.

And now, for this week’s question:

Would you rather be raised by dolphins -OR- wolves? 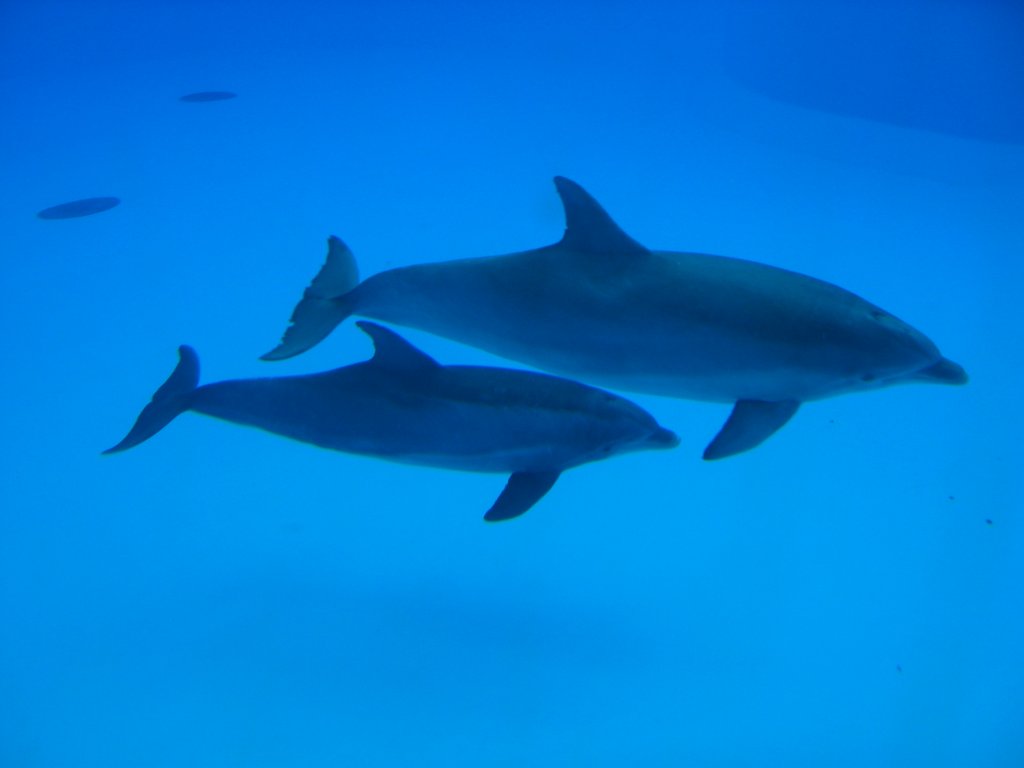 By Arnaud 25 via Wikimedia Commons 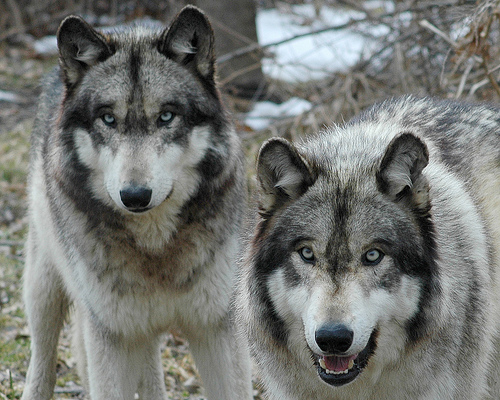 Share your thoughts in the comments below and be sure to check back next week for my answer!

33 thoughts on “Wednesday’s “Would You Rather…?” Question: Dolphins vs Wolves”

Letters from Benedict: On Buttons, Milestones, and Red Balloons→