← The Perils of Going on Vacation

The Underground World of Orvieto→

I’m glad you had a good time in Seattle last weekend and had the chance to reconnect with friends there. As for last week’s career advice on doing more projects that can be viewed in the U.S., I will point out that the next three major films I’m in each will be premiering in the U.S. at nearly the same time as other countries. I hope you can take some solace in that even though you still have to wait to see them.

So, when I was looking after the kasbah a couple of weeks ago, I noticed a soapbox tucked inside one of your closets. It appeared to be barely used then and so I’m honoured that you brought it out this week my behalf to discuss my interview in the Radio Times and the quotes in it that were taken out of context for the sole purpose of sensationlised journalism.

For those who haven’t read it, in the recently released The Radio Times interview I briefly talked about all of the ‘posh-bashing’ that’s been going on in Britain over my schooling at Harrow. I responded to it by saying that “I wasn’t born into land or titles, or new money” and how the subsequent portrayal of me as a “moaning, rich, public school b*****d, complaining about only getting ‘posh’ roles” was truly disappointing. Out of that entire interview, this relatively small portion of what I actually said is now cause for controversy and in some cases, bitter attacks. My comments have since been twisted into something that has little to do with the original sentiment, that of disappointment over the inaccurate portrayal of my upbringing, my career preferences, and the kind of person I really am.

I had considered asking if I could join you on the soapbox to vent a little and defend myself, but your letter to me this week did that for me. So instead of stating my thoughts, I am going to pretend that I’m in the kasbah with you, listening to you speak your mind about privilege and prejudice by sharing parts of your letter here:

“First, I think we can both agree that prejudice of any kind is a blight on humanity and its only purpose is to divide people on the basis of preconceived notions that have little to do with reality and everything to do with stereotypes. As my very wise friend, Jennifer, said when we were discussing these topics, ‘The true issue at hand is economic systems that continue to privilege the wealthy elite and disadvantage the working class and poor.’

The use of wealth and privilege to oppress, and in many cases, destroy, entire groups of people has been an atrocious wound on all of humankind, a wound that is never allowed to heal because it is continually held open by those who abuse their privilege and power. One of the insidious ways prejudice continues to pervade society is through its very divisive nature, the us vs. them dichotomy that serves to keep people apart. Labels and assumptions about someone’s character based on their socioeconomic status become mudslinging harbingers of hatred that in turn feed fuel to the fire of the divisiveness.

The elitism, the hierarchy of socio-economic classes, and the all-too common reality of being born into ‘the right class’ nearly guaranteeing success has fostered an understandable anger and resentment, and rightly so. And, as my friend succinctly pointed out, ‘The economically privileged generally have the social, cultural, and historical power backing them to change these economic systems, but rarely do, hence the individual attacks at the wealthy.’

That said, to what end does it serve if we continue to look at each other with fingers pointed, assumptions made, and a willingness to perpetuate the separateness of ‘other’ with our labels and slander? Will it abolish class lines? Will a country’s wealth be distributed equitably? Will it create a more fair and just world?

If you were born into privilege or if you were given certain opportunities that others were not, then yes, there is an inherent obligation to be aware of that privilege and to never use it for as a means to discriminate or exploit others of any class. But that is not enough. Privilege should never be taken for granted, never considered an entitlement. I believe it is the responsibility of the privileged to share wealth and opportunities without condescension or for mere karma points to be redeemed later or to bolster one’s self-esteem. In my opinion, it should be about breaking down class barriers and a dissemination of the wealth in a way that is equitable, fair and just.”

You and Jennifer make some good points. And even though I wasn’t born into wealth, I can acknowledge that my privileged schooling and the fact that I’m a white male factors into where I’m at today. Did all of that give me opportunities that many other people will never see or have? Certainly. But I also have to acknowledge that I’ve diligently worked on my skills and learned all that I could about my craft over the last decade to get where I am today. Was it more attainable because of privilege? More than likely, yes.

As for my career preferences, I’ve always been open about wanting to have variety in the roles I take. Expressing these desires only seems right, after all it is my career. Yes, I have the luxury of being selective about what I do within my career. And yes, it is its own privilege, as is being able to do something I love and getting paid for it. This is a luxury not afforded everyone due to classism, yet how should I proceed? By behaving guiltily as if I have no right to preferences and desires? I don’t think so.

I know, I said I wasn’t going to get on the soapbox but I did. Thanks, friend, for letting me share it. I’m already thinking of the next gift I’m going to leave for you in the kasbah the next time you trust me with the keys. 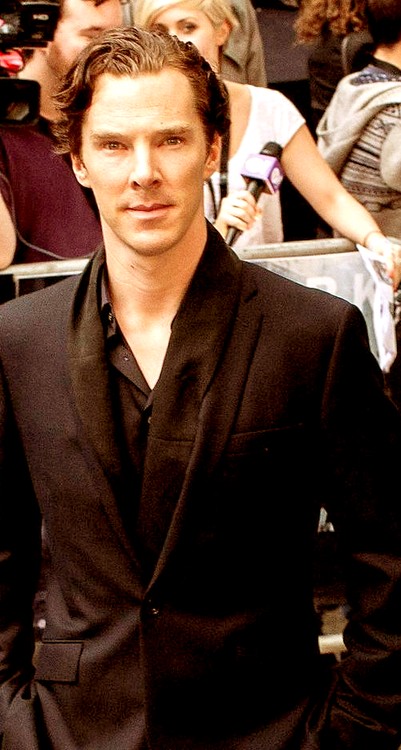 You are the Queen of the Unspoken, leaving me to read between the lines and listening for that which is left unsaid.

So, now I guess the big question is:

Will you finish your novel before I find the writing cave?

The game, my friend, is still very much ON.

10 thoughts on “Letters from Benedict: On Privilege and Prejudice”

← The Perils of Going on Vacation

The Underground World of Orvieto→