← Being a Genius vs. Having a Genius: Creativity and the Tormented Artist Construct

When you said you were sending me a birthday gift, I had no idea you would be sending me photos in last week’s letter of where the writing cave IS NOT located. Quite  clever of you. You said I had won that round but I think it’s a draw between that and my ploy to entice you to New Orleans.

I know you love to watch the opening ceremonies of the Olympics so I must ask if you enjoyed Danny Boyle’s show? After seeing his directorial brilliance in Frankenstein, I’m sure you saw why he was a great choice to direct the opening ceremony. Who else would have the Queen jump from a helicopter and parachute down into the stadium with James Bond?

And since you asked, here is the brief film I did for the opening of the BBC coverage of the Olympics:

As you know, I’m in New Orleans working on Twelve Years a Slave. You weren’t kidding when you said New Orleans is a city full of fascinating history. Sure, I can find that sort of thing around every corner in London, or in any European city for that matter. But New Orleans is somehow different, a treasure trove of interesting architecture, food, cultures and folklore.

Because I am working on a historical film, I thought I might delve further into the history of this fine city. So, when a parcel arrived on my doorstep here in New Orleans, I was pleased to find inside a ticket for a haunted history tour of the French Quarter. I wasn’t entirely convinced the purple, gold, and green beads, the feathered Mardi Gras mask, and the wide-brimmed, fuzzy purple hat included in the parcel was all that necessary for the outing. I worried that I would be more conspicuous wearing these things, but as I walked through the French Quarter, I realised such accessories were hardly out of the ordinary.

I also realised I’m going to have a hell of a time finding you should you actually come to New Orleans wearing one of your disguises.

I arrived at the meeting location at the indicated time and met the tour guide, a guy named Al who was dressed all in black. Our small group set out walking through the French Quarter, stopping every few blocks to hear the theatrical tales of hauntings in the various buildings and homes. After about an hour, Al led us to a small pub to refresh our beverages before continuing with the tour.

As I waited for the bartender to return with my drink, Al sidled up next to me and said, “I think you’re the type of guy who could handle what I call ‘the alternative tour’.”

Not entirely sure what ‘alternative tour’ meant, I replied, “I’m flattered, but that’s not really my area.” He laughed and said it wasn’t a pick up line, but rather a more in-depth version of the tour he was giving. Then he nodded to the bartender who reached beneath the bar and pulled out a child’s toy Magic 8 Ball. Al told me to ask it a question and then read the message. I laughed thinking he must be joking, but his expression was serious. “Go on. Ask it question and then give it a shake,” he said.

Instead of the familiar “Outlook good” or “Ask again later” replies from the supposedly prophetic die floating inside, the message I received was an entirely different one.

I shook the Magic 8 Ball again thinking I was imagining things and still the same message appeared in the inky blue liquid.

Confused, I turned to ask Al what it meant, but he was gone. No one from the tour group was there, either. The bartender, probably noticing my perplexed look, took the Magic 8 Ball from my hand, read the message and said, “What you’re looking for will be right outside those doors.” He pointed towards the back of the pub where two french doors led to a long, narrow outdoor courtyard.

Other than the few flickering gas lamps on the side of the building, I did not see any lights to follow. I looked back inside the pub, questioning my sanity and debating whether I should continue or leave before the evening got any weirder. 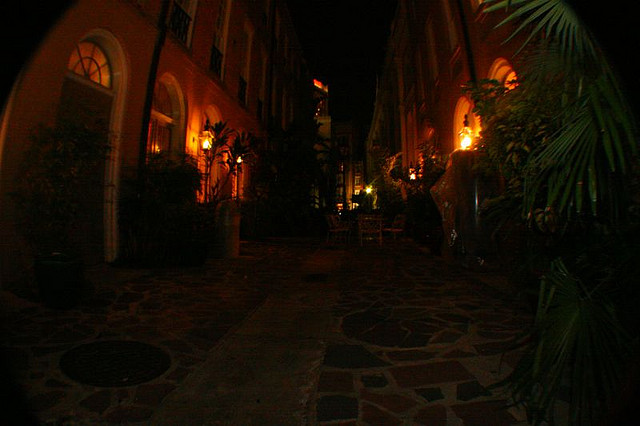 When I turned back to the courtyard, the pavement, which had been ordinary and solid just a moment before, was now embedded with small, clear glass blocks that glowed as if lit from below. I followed the lighted path to its end point at a small door in the outer wall of the courtyard. The door was ajar and I could hear music coming from somewhere deep inside. Always up for a dance party, I took one last look behind me and then stepped inside the dark tunnel to follow the pulsing sounds of the music.

I could barely see my hand in front of my face for how dark it was in there. I groped along until I came to another door, the sound of music growing louder the closer I came to it. I slowly pushed it open and stepped into an underground speakeasy. Men and women dressed in period costumes from the 1920’s and Mardi Gras masks sat at small tables talking and drinking. On the wall opposite from where I stood, a band played on a stage, competing for attention over the din of conversation.

Confused, I sat down at a table, wishing my phone worked so I could take some photos. As I tried in vain to get the bloody thing to function, a woman dressed in a fringed black dress, a large mask with black and purple feathers, and mischievous grin came over and sat down at my table. She silently slid a playing card face down across the table.

I turned over it over to reveal the ace of hearts. Along the side of the card, written in careful, small script were the words, “Ring the bell, close the book, quench the candle.” Before I could ask the woman about it, I caught only a glimpse of her as she had disappeared into the crowd. 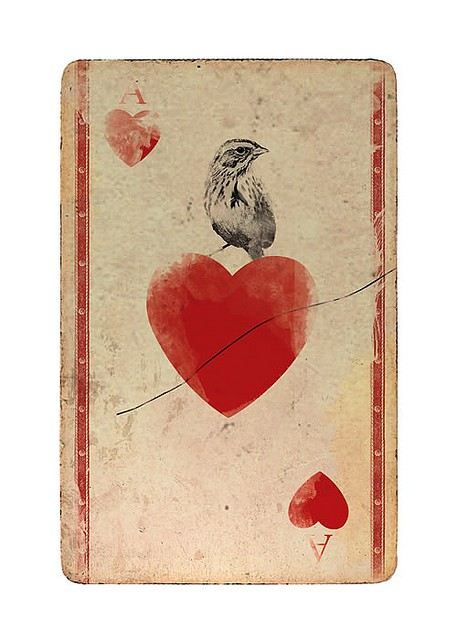 I slipped the card into my pocket and waded into the crowd to find the woman, determined to get some answers to at least one of the riddles of the night. Of course, this was no easy task as the crowd had swollen considerably by then and everyone was wearing masks.

Then the music started up again, drawing me into its rhythms and before I knew it, I was getting down with my bold self. I was doing my best dance moves when chaos broke out around me, people running in all directions desperate to leave as the police raided the speakeasy. Thankfully, the Ace of Hearts Woman appeared at my side and motioned for me to follow her behind of the stage and down a long, dark hallway.

At the end of the hallway, she stopped in front of a small altar covered with a dozen lit candles, a skull, small offerings of food, and an Ace of Hearts card just like the one she had given me. I asked her what the writing on the card meant, but she put a finger to my lips to silence me. She reached into my pocket, extracted the card she had given me earlier, and gestured towards the altar. She then walked back towards the speakeasy leaving me alone in the in the flickering candle light.

I stared at the altar and then at the card trying to figure out the riddle. For some reason, I felt sure the question I had asked the Magic 8 Ball was in some way connected to the words on the card. But how?

Not knowing what else to do, I laid the card on the altar near the other one. Suddenly, the altar began to move, revealing a window into a cavernous room with a tall ceiling, an immense book collection that could rival any city library, and a plush sofa facing the floor-to-ceiling windows. As quickly as the window appeared, it was gone and I was left standing before the flickering candlelight of the altar once more.

The pulsing sounds of music could be heard again, though instead of coming from the direction of the speakeasy, it sounded like it was coming from behind the wall to the right of the altar. Eager to find a way out of the strange place, I searched for a door or opening and in doing so, my Ace of Hearts card floated off the altar and down to the floor. I picked it up and read the words written on it again. Suddenly it became clear how I could get myself out of there. Looking at the altar once more, I didn’t know how I missed seeing them before: the tiny brass bell next to the skull and a small, tattered book of English poetry lying open next to the bowl of fruit.

Not sure of what I was doing or why, I carefully rang the tiny bell, closed the book, and snuffed out one of the candles. Within seconds, a door appeared to the right of the altar. I pushed it open and the throbbing sounds of Bon Jovi blasting over a modern sound system blared in my ears as I stumbled into a karaoke bar not far from where I started. 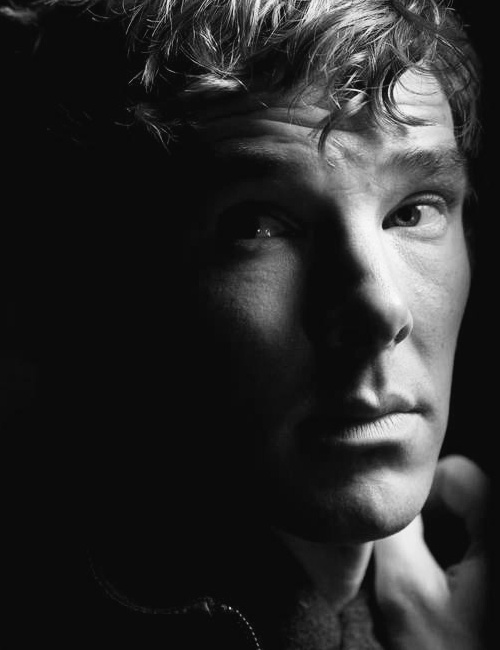 To answer the questions I know you’ll ask: Yes, I got up on stage and sang a song. Yes, I was wearing the beads, the mask and the fuzzy purple hat. And yes, I totally rocked it.

Which song did I sing? You’ll just have to come to New Orleans for an encore performance to find out.

P.S. That’s some writing cave you’ve got. Thanks for the glimpse.

And yes, the game, my friend, is still ON.

14 thoughts on “Letters from Benedict: On the Olympics, Magic 8 Ball, & the Ace of Hearts”

← Being a Genius vs. Having a Genius: Creativity and the Tormented Artist Construct