Letters from Benedict: On Maps, Photos, and the Trip Around the Sun Challenge→ 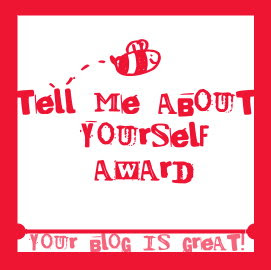 I’ve been one lucky lady these days, at least in the blogospheric sense. I’ve been nominated by the lovely and talented Ellen Gregory for the “Tell Me About Yourself” Award and have been given the task of sharing 7 things about myself that I have not already revealed. 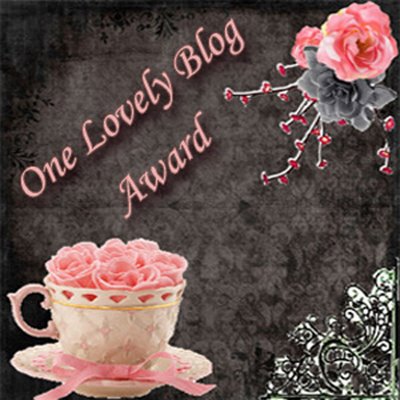 And then, as if that wasn’t reason enough for a party in the kasbah, the wise and witty Janice Heck nominated me for the “One Lovely Blog” Award. In acceptance of this award, I am to share another 7 things about myself.

Because I’m often saying “Consider it one of my features” whenever I get that “You are so  cool” look from someone, I’ve decided in lieu of listing 14 “things” about myself, I would instead create a list of “My Features”, sort of like you would see on the side of the box on your new DVD player or Gunbrella *TM (read here for more on the Gunbrella). I think it makes it sound more like a list of things to look forward to should you ever meet me in person some day.

So here they are, 14 NEVER BEFORE REVEALED FEATURES ABOUT MYSELF:

1. When I come home from work, I use my Pro-social Cat Owner Feature and have the same general conversation each day with my two cats. It goes something like this: “Hello, Ollie Bear. (‘Bear’ is used as a term of endearment as well as a way to boost his fragile self-esteem.) As always, it’s good to see you. Your fur is looking very sleek and shiny today. Good job. Oh, and here comes your younger brother, Henry. ‘sup, lil’ Hen? Good to see you, buddy. Well done on taking that 8 hour nap while I was gone. Way to go.” Trust me when I say it goes a long way in furthering human-cat relations in my home.

2. Because there are so many wonderful books out there to read, I find my Efficiency Reading Feature to be quite useful these days. I am usually immersed in a book on the craft of writing, a YA fiction novel, a fiction novel for my monthly book group, and an audio book that I listen to in my car. But not all at the same time. My Efficiency Feature isn’t the 5.0 version or anything fancy like that.

3. Most mornings I awake to a song in my head that I believe is going to be telling about the upcoming day. Everything from Ella Fitzgerald and Billie Holiday to 80’s dance classics to my current favorites has had a spin on the mental turntable. Songs I don’t like have even made into the playlist. I call this the Musical Prophecy Feature. It’s kinda like the Magic 8 Ball except instead of telling fortunes, it plays music and instead of being in a black plastic ball, it’s contained in my cranium. So far it has never played anything like “Don’t Fear the Reaper” so I’m good with it.

4. In addition to enjoying a wide variety of genres of music (since we’re on the topic), I’ve always been a big fan of classical music. In fact, Beethoven’s Piano Concertos are playing as I type this, in case you needed proof. This is not an especially notable feature except that I grew up in a family in which no one liked to listen to it. It didn’t take me long to realize what was really going on: I had the My Family is a Bunch of Aliens Feature. Clearly, I was the only human in the lot. It was a feature installed at birth when I was switched from my human family to the aliens. (As a side note, even though they are all aliens, they treated me well and I love ’em anyway.)

5. As you may have deduced from my letter to Benedict last week, I have the F.A.B. (Fear All Birds) Feature. The exact moment of installation of this feature is unknown to me and is not, as you might suspect, linked to any traumatic bird or fowl-related event. For the life of me I cannot understand how people can put themselves in mortal danger around such deadly creatures as chickens by harboring them in their backyards. Nevertheless, I find this to be a particularly useful life-saving feature and believe more people should have it.

And there you have it.

O.k., that’s not exactly 14 features, but that’s all I can come up with for the model I’ve got right now. I figure one of the benefits of aging will be the eventual addition of new, improved features, like molecularly dematerializing/re-materializing anywhere in the world or being able to dream up an entire Pulitzer Prize-winning novel from start to finish and have it typed up, edited and ready for publication all in one night. As the upgraded features appear, I’ll be sure to share them with you.

First, a big THANK YOU to Ellen and Janice for the nominations. Be sure to check out their awesome blogs as you exit the kasbah.

Second, as you probably predicted with your super-Spidey-Sherlockian-deduction senses, I have the honorable duty to nominate others for these two esteemed awards. AND… I’m not going to do that on account of most of you fine readers with blogs have already been nominated for one or both of these already.

INSTEAD, I challenge you fine readers to take a seat in the kasbah and share one or more of YOUR FEATURES in the comments below. What brilliant features do you have? Are any of you in possession of the incredible life-saving F.A.B. Feature? How about the Alien Family Feature? No judgin’ here in the kasbah. Just tea and maybe a giggle or two.

15 thoughts on “Consider It One of My Features”

Letters from Benedict: On Maps, Photos, and the Trip Around the Sun Challenge→