Paris Is Always a Good Idea→

You clearly had some BIG feelings and reactions about last weekend’s final episode of Sherlock. That’s an understatement, I know. And I completely agree with you, it was a heart-wrenching episode. I’m going to take a risk here and say – with a sheepish grin – that I’m actually thrilled you had such a big reaction to it. You’re completely driven to see the next series and that’s always a good thing for an actor to hear.

And yes, you may punch me in the arm when you next see me for saying that. 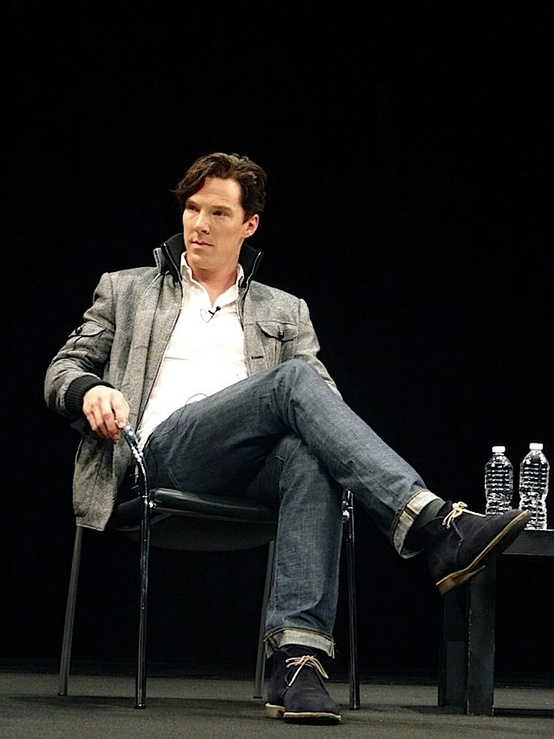 Thoughtfully listening to your angst over the last episode. Really, I am. And yes, I’m smiling a tiny bit on the inside, too. Source: benedictcumberbatch.co.uk

I am sorry you have to wait so long for the next three episodes. I know it seems like a long way off as we haven’t even filmed them yet. And then there’s that ridiculously long delay before they’re shown in the U.S. I would get started on them right away if I could but you know how Martin has been so busy with the Hobbit these days and I’ve been in L.A. working on my tan. (Just kidding. Well, maybe just a little bit. I was in southern California after all.)

I think you’ll just have to follow through with your plan. And no, I don’t think it’s at all weird. Taking a month-long sabbatical from work to live in London so you can see the episodes when they premiere instead of waiting for them to air in the U.S. is a perfectly sensible idea. I’m sure your boss and your co-workers will understand. In fact, I have it on good authority that they’ll help you pack your bags when the time comes. Don’t worry, I’ll pick you up in the Jag when you arrive. That is, if you’re not in disguise and I can recognize you. How you get past security wearing those things is a higher order skill than I have yet to master and I’ve played the Creature naked on stage, so that’s saying something.

I’m also sorry that I can’t tell you single thing about how Sherlock faked his death. Not even one tiny clue. I would if I could, but I’m sworn to secrecy. You don’t want to know what Mark or Steven would do to me if I leaked even half of a half of a molecule of a hint. Those two are hard-core about their writing secrets.

Kind of like someone I know who is secretive about the location of her writing cave. 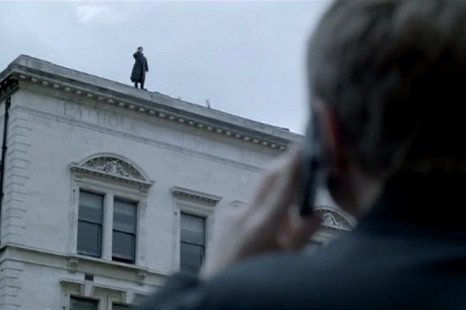 What is the main source of your angst – the death scene or that you haven’t figured out how he did it? Source: google.com

Time will fly, you’ll see. And before you know it, all will be revealed. Until then, you can send me your rants and angsty comments and rail on about wanting the information sooner rather than later. I can take it. 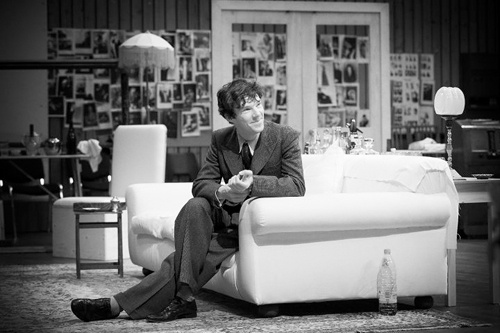 Come sit and tell me what’s on your mind. I promise to not have a smug smile on my face the whole time. Source: google.com

You could also come hang out with me and tell me in person, though you’ll have to bring your best game if you want to stand even a microscopic chance of getting the information out of me. Just sayin’.

Perhaps you should ask those readers of yours who have seen the episode if any of them have figured out how Sherlock did it. Maybe one of them has an idea?

9 thoughts on “Letters from Benedict: On Secrets, Angst & The Long Wait”

Paris Is Always a Good Idea→