← Letters from Benedict: On Weequashing & the Playlist

Recently, I’ve had the good fortune to be introduced to Kat Evangelista, a fellow YA author and blogger whose new book, Taste, is coming out in May 2012. Kate sent me the low down on her book to share with you, my fine readers. 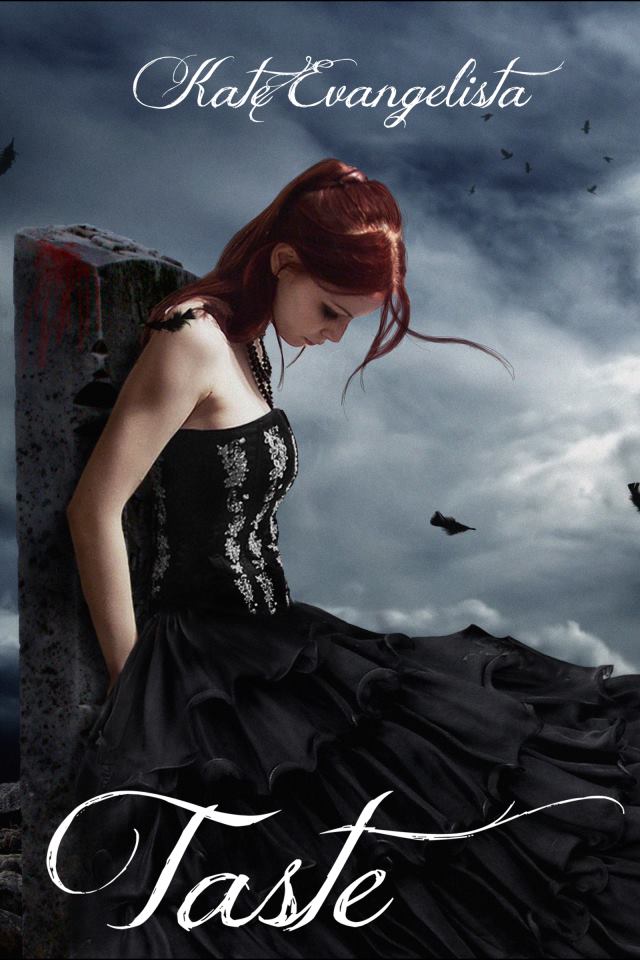 At Barinkoff Academy, there’s only one rule: no students on campus after curfew. Phoenix McKay soon finds out why when she is left behind at sunset. A group calling themselves night students threaten to taste her flesh until she is saved by a mysterious, alluring boy. With his pale skin, dark eyes, and mesmerizing voice, Demitri is both irresistible and impenetrable. He warns her to stay away from his dangerous world of flesh eaters. Unfortunately, the gorgeous and playful Luka has other plans.

When Phoenix is caught between her physical and her emotional attraction, she becomes the keeper of a deadly secret that will rock the foundations of an ancient civilization living beneath Barinkoff Academy. Phoenix doesn’t realize until it is too late that the closer she gets to both Demitri and Luka the more she is plunging them all into a centuries old feud.

Here’s a little sample of Taste to whet your appetite:

I sat up and followed Calixta’s gaze upward. I rubbed my eyes. I didn’t know what I was seeing at first. A statue? My brain refused to snap together coherent thoughts.  I didn’t realize I’d fallen so close to one of the garden benches until I stared up at the boy that sat on one. He was strikingly beautiful. His tumble of blonde hair curled just above his sculpted cheekbones. He wore a silk shirt and a loosened cravat, like he’d become bored while dressing and decided to leave himself in disarray. His ivory skin and frozen position was what had me mistaking him for something carved from marble by Michelangelo. Then he sighed—a lonely, breathy proof of life. If I had to imagine what Lucifer looked like before he fell from heaven, the boy on the bench would certainly fulfill that image. My brain told me I had to look away, but I couldn’t.

“Luka,” Calixta said again, her voice unsure, almost nervous. It no longer contained the steel and bite she had threatened me with, which made me wonder who the boy was.

He leaned on his hands and crossed his legs, all the while keeping his eyes fixed on the night sky. His movements spoke of elegance and control. I’d encountered many people with breeding before, but his took on the air of arrogance and self-assuredness of someone used to getting what he wanted when he wanted it.

I only realized I’d been holding my breath when my lungs protested. I exhaled. My heart sputtered and restarted with a vengeance. Luka tore his gaze away from the stars and settled it on me. I’d expected pitch-black irises, like the other Night Students, but blue ice stared back at me.

He reached out, and with a finger, followed an invisible trail down my cheek. I stiffened. His touch, cooler than Demitri’s, caused warm sparks to blossom on my face. He lifted his finger to his lips and licked its tip. He might as well have licked me from the way my body shivered.

Luka’s curious gaze held mine. “Leave us,” he said, but not to me.

He spoke in a language I hadn’t heard before, remaining calm yet firm. The words had a rolling cadence I couldn’t quite follow, like rumbling thunder in the distance. They contained a harsh sensuality. The consonants were hard and the vowels were long and lilting.

Footsteps retreated behind me.

It took me a minute to realize he wanted to help me up. I hesitated. He smiled. I smiled back timidly and took his hand, completely dazzled. Even with my uniform soaked from melted snow, I didn’t feel cold—all my attention was on him and the way his callused hand felt on mine. Without moving much from his seated position, he helped me stand.

“What’s your name?” he asked. He had a voice like a familiar lullaby. It filled my heart to the brim with comfort.

I swallowed and tried to stop gawking. “Phoenix.”

“The bird that rose from the ashes.” Luka bent his head and kissed the back of my hand. “It’s a pleasure meeting you.”

My cheeks warmed. My head reeled, not knowing what to think. I couldn’t understand why I felt drawn to him. And the strange connection frightened me.

From behind, someone gripped my arms and yanked me away before I could sort out the feelings Luka inspired in me. I found myself behind a towering figure yet again. Recognizing the blue-black silk for hair tied at the nape, relief washed over me. Calixta hadn’t come back to finish me off.

Demitri’s large hand wrapped around my wrist. Unlike the night before, no calm existed in his demeanor. He trembled like a junky in need of a fix. The coiled power in his tense muscles vibrated into me.

“What are you doing here?” Demitri asked.

I didn’t know he’d spoken to me until I saw his expressionless profile. I sighed.

I flinched. The ruthless way he said my name punched all the air out of me. “You owe me answers,” I said with as much bravado as I could muster.

Ignoring my indignation, he faced Luka, who’d remained seated on the bench during my exchange with Demitri. “Why is she with you, Luka?”

“I wasn’t going to taste her, if that’s what you’re implying,” Luka said. “Although, she is simply delicious. I wouldn’t mind if you left us alone.”

There it was again. Taste. The word that kept coming up between these Night Students and I was connected to it in an increasingly uncomfortable way. To taste meant to sample, but what? My flesh? They had to be joking because the alternative wasn’t funny.

“The sins of the father …” Demitri left his sentence unfinished.

Luka’s smile shifted into a snarl. “Obey my command.” His chin lifted. “Kneel.”

Demitri’s stance went rigid. His grip tightened around my wrist.

Okay, weird just got weirder. Why would Luka want Demitri to kneel before him? I thought back to Eli and the others bowing to Demitri when he questioned them, but they didn’t kneel. Seriously? Were they all living on a different planet or something?

“Kneel.” Luka’s detestable smirk made his features sinister rather than angelic. The real Lucifer: a fallen angel.

Without letting go of my wrist, Demitri knelt down on one knee and bowed his head, his free hand flat at the center of his chest. “Your command has been obeyed,” he said formally.

Demitri stood up and pulled me toward the school without telling me where we were going. Not having the time to thank Luka for saving me from Calixta, I risked a glance back. Luka smiled at me. His smile spoke of whispers, secrets, and promises to be shared on a later date.

Oh, so many unanswered questions! I don’t know about you, but I’m going to have to get my hands on this book to find out more.

Be on the look out for Taste when it is released next month! 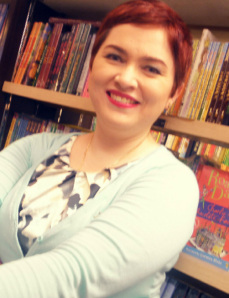 When Kate Evangelista was told she had a knack for writing stories, she did the next best thing: entered medical school. After realizing she wasn’t going to be the next Doogie Howser, M.D., Kate wandered into the Literature department of her university and never looked back. Today, she is in possession of a piece of paper that says to the world she owns a Literature degree. To make matters worse, she took Master’s courses in creative writing. In the end, she realized to be a writer, none of what she had mattered. What really mattered? Writing. Plain and simple, honest to God, sitting in front of her computer, writing. Today, she has four completed Young Adult novels.

← Letters from Benedict: On Weequashing & the Playlist