I have always wanted to be an intrepid traveler.

Ever since I saw the movie Out of Africa at the age of fourteen, the desire and interest to travel abroad has remained a carefully guarded spark within me.

I don’t know what it was about that movie that inspired the seeds of wanderlust to be planted in me. I do know that it prompted me to start shopping at the cool new store in the mall that was decorated to look like a safari outpost and sold fashionable, safari-like clothing that no one in their right mind would wear on an actual safari. 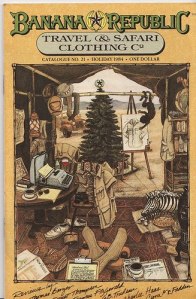 Yes, those were the early days of Banana Republic, when the stores looked like they were straight from the set of a Indiana Jones movie. That was the closest I came to anything remotely related to the continent of Africa. I still have the small leather purse I bought there that I’m sure someone would find incredibly handy when on a safari for carrying essential things like lipgloss and a makeup compact, because that’s about all it would hold. Water? Food? Sunblock or bug repellant? Who needs those silly things on a safari? Just my Lip Smackers, thank you. I’m may be tough, but I don’t want my lips to be.

Limited funds, college and grad school, and starting a family and a career pushed the dream to the back burner for many years. Even so, I always carried that tiny spark of wanderlust with me and guarded it carefully, hoping that one day I would have both the time and the funds to make international travel a reality.

Several years ago, a dear friend introduced me to the idea of travel with a higher purpose. An avid world traveler himself, he had recently returned from volunteering with the organization Cross-Cultural Solutions in Thailand. He fell in love with their program so much that he went to work for them at their headquarters in NYC. When he first told me about CCS and their programs, something within me clicked and the travel spark that I had been carrying began to burn brighter. I could suddenly picture my dreams turning into reality.

For those who are not familiar with Cross-Cultural Solutions, it’s a great organization that gives you the chance to volunteer in a foreign country and immerse yourself in the culture. They have programs in many countries, from Central and South America to Africa and Asia.

In each of those locations, CCS has a house (called a “home base”) run and staffed by locals who will not only coordinate your volunteer project, but they also provide you with a variety of cultural activities both in the home base and in the community. As a volunteer, you stay in the home base with all of the other volunteers and have all of your meals there.

Volunteer stints can be as short as one week or as long as twelve weeks and include working in schools teaching English, helping out in hospitals, teaching English to adults, assisting in an orphanage or helping to repair/restore the grounds of a community center. During the mornings, you volunteer on whatever project is most needed at that time in your location and then the afternoons are open for cultural activities.

Being able to be more of a participant in the culture of the country I was going to visit and having the chance to give back to it was incredibly appealing.

The other part of the program that excited me was that they welcomed kids (ages 8 and up). My oldest daughter was heading into the fray of teenager-dom and being able to give her an eye-opening experience into another culture outside of her small, comfy existence here in the U.S. was also very appealing.

Thus, an idea was formed and the spark glowed even brighter: travel abroad, give back to the host country, see and experience the culture from more than a tourist’s standpoint, and share it all with my teenage daughter in a way that would hopefully give her some unique perspective on her own life and that of others. 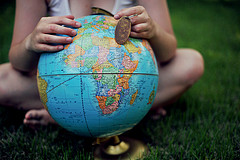 My daughter bought into the idea relatively easily. We just needed to decide which CCS program we would do. I had been wanting to go to Costa Rica for a long time and our friend, who had also volunteered in the CCS program there, said the Costa Rica program was amazing.  My daughter was interested in that program as well so we were pretty sure that would be our destination.

Then, our friend showed us his pictures from his volunteer stint in the CCS Morocco program. After seeing the stunning photos and hearing his stories, my daughter turned to me and with complete seriousness said, “I know lots of kids at school who have been to Costa Rica and it seems nice and all that. But no one I know has been to Morocco. Let’s go THERE.”

I’ll admit that I kind of liked that logic. Morocco sounded exotic. And it was completely different than anything either of us had yet experienced. And it is in Africa.

At that moment, a random thought suddenly popped into my mind:

Couldn’t argue with that.

So Morocco it was.

Fast forward to the following year (2010) and my then 13 year-old daughter and I were headed off to Morocco with our shiny, new passports in hand. I had never traveled internationally before and there I was, not only going abroad, but also going to a country where I didn’t know anybody or speak the languages (French and Arabic – though it wasn’t for a lack of trying!). And I was doing it alone with my kid.

To say I was very nervous was an understatement.

But I was also extremely excited.

I was finally going abroad!

And I was finally going to Africa! AF-RI-CA! It wasn’t a safari in Kenya, but it was Africa.

And since we were going ALL THAT WAY, I thought why not make the most of it? Why not see more than just the town in Morocco where we’d be staying with the CCS program? I didn’t know if I’d get another chance to see that part of the world anytime soon, and since it was going to take a gazillion hours to fly all that way, I decided to roll our week-long volunteer trip in Morocco into a 3 week multi-country adventure that included seeing more of Morocco on our own as well as flying north to Germany to see a friend and a bit of Europe.

I was on my way to being the intrepid traveler I had always wanted to be. 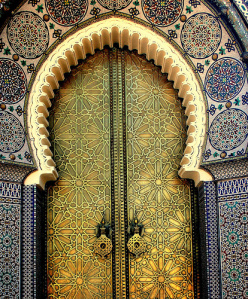 In my next travel-related post, I’ll share where we went first in Morocco, where we stayed and what we saw.

Until then, dear readers, tell me what adventures have you gone on recently? Have you gone or planned to go somewhere you had been dreaming of for a long time? In what areas of your life have you adopted the motto “Go big or stay (go) home?” Please share! I’d love to hear about it.

P.S. In case you were wondering, the 1985 Banana Republic bag did not make it on this trip because I wasn’t, you know, going on a safari. Someday, when I head out to see the wild animals of Kenya, I’ll have that handy speciman of usefulness slung across my shoulders and have my Lip Smackers within reach.