← If You Give a Writer a Brownie

Weekend Road Trip: On J.K. Rowling’s Latest, A Manifesto for Writers, A Photo Journey, and Appreciating Your Age→ 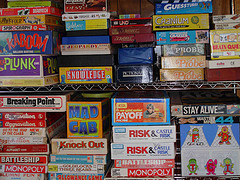 My family loves to play games. They are an important part of our family life and a way for us to have fun and connect with each other after spending all day at work and school. Our collection of games is vast, ranging from the standards like Sorry, Trouble, and Monopoly to some unique ones that our friend, Anne, has sent to us from Germany. (Hi, Anne! *waves*)

Last night, the game that my youngest daughter chose for us to play is one called “Would You Rather…?” If you’re not familiar with the game, it is simply a deck of glossy, colorful cards with four categories of questions on them: Appearance/Embarrassment, Ethics/Intellect, Pain/Fear/Discomfort, and Random (anything goes). 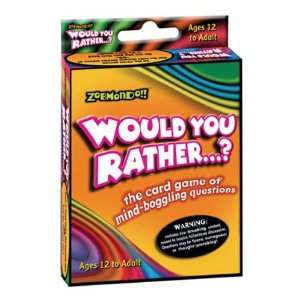 The point of the game is to be able to guess which of the two scenarios your opponent is going to choose before she gives her answer.

For example, my daughter likes to choose from the Appearance/Embarrassment category (probably because they tend to be the funniest and most absurd ones), so one question posed to her last night was:

“Would you rather have your feet replaced by wheels (without brakes) -OR- your hands replaced by hooks?”

Being a rather active child, she, of course, chose the wheels.

Yes, I am glad that this is just a hypothetical game.

Then, if you guessed the same hypothetical scenario your opponent ends up choosing, you, as the card reader, get a point. Some questions are rather difficult to determine what the other players will choose. Sometimes, though, the more difficult task is when it’s your turn to decide which of the less than desirable options to pick. Some are quite thought-provoking and others are downright gross. And for my daughter, the more gross the question, the better.

But there was one that got us in a debate last night that forced us to draw lines in the sand. Words were said, Wikipedia was consulted, childhood loyalties were debased. (Ok, that last one was mostly between me and my husband.)

Because we were so staunch in our convictions on this particular question, I thought I would put it out to you, wise readers, to see what you all would choose. It may divide us into our separate camps based on deep-seated loyalties, or it may unite us under a common view. Either way, I am sure we can debate it like civilized humans without lowering ourselves to shamelessly throwing popcorn at each other while arguing our points.

Not that I would know anything about that.

So, here is the first question of my new weekly post: Wednesday’s Would You Rather question:

Would you rather have to try to elude the pursuit of Wonder Woman -OR- Batman? 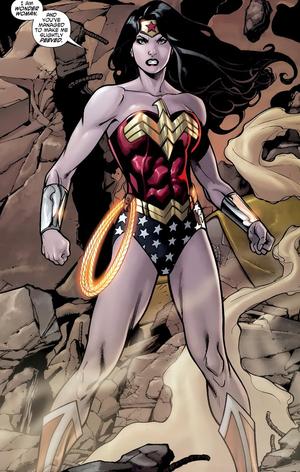 I think she looks more than "slightly peeved". ~image from comicvine.com

Weigh in on the debate below along with your reasons for chosing your superhero. I will reveal my stance next week so be sure to check back!

I am trusting we can all keep it clean and keep it respectful. And since this is my blog, only I get to throw the popcorn. 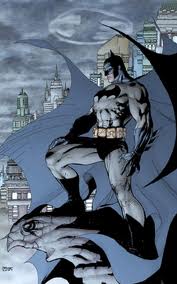 10 thoughts on “Would You Rather Question of the Day: Wonder Woman vs Batman Throwdown”

← If You Give a Writer a Brownie

Weekend Road Trip: On J.K. Rowling’s Latest, A Manifesto for Writers, A Photo Journey, and Appreciating Your Age→